The American singer praised Sinéad O'Connor for her declaration against the Catholic Church on live television in 1992. 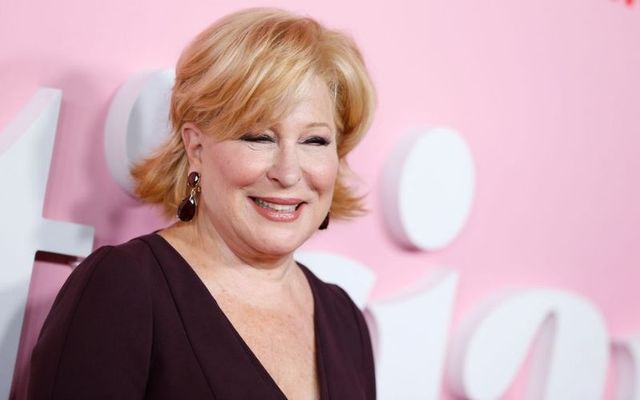 American singer Bette Midler has praised Sinéad O'Connor for her controversial moment in 1992 when she tore up a photo of the Pope live on television.

It's been twenty-nine years since the Irish singer Sinéad O'Connor ripped a photo of Pope John Paul II during a performance on Saturday Night Live in 1992, yet to this day it's remembered worldwide.

O'Connor has previously stated that the declaration made on living television was in protest of the child abuse scandal within the Catholic Church, At the time she received a huge amount of backlash and ridicule for her actions.

In a recent tweet, Bette Midler shared a positive review written about O'Connor's upcoming memoir Rememberings, which is due to be released on June 1.

This is re Sinead O’Connor, who has written her memoir. Turns out she was right about…everything. pic.twitter.com/FvL2hSQOCu

The review read: "When O’Connor tore up the pope photo, she was spot on and brave. Only spineless people with little depth faulted her. I am also a recovering Catholic, and the hypocrisy, greed and misogyny of the church is astounding.

“It’s hard to forget that specific pope as he said wearing condoms was a ‘sin’ in countries ravaged by AIDS. Morally bereft."

“O’Connor, on the other hand, is simply who she is and not interested in appeasing anyone or making false moral claims."

Commenting on the review, Midler commended the singer for her actions saying, "Turns out she was right about…everything."

O'Connor was left starstruck by the praise and replied to Midler, "OMG! Bette!!!' You have no idea how much I have always adored you! Always wanted to sing with you! Your tweet had made my day!!! I love you."

Years ago I recorded a version of @BetteMidler 's song, The Rose.
MAJOR healing song for abuse survivors. I never released it but will post it on Twitter later. My lovely ex husband, John Reynolds, who produced it, is hunting for it right now : )