On This Day: Mary Raftery, the journalist who exposed clerical abuse of children, passed away

Mary Raftery, the Irish journalist behind "States of Fear" and "Behind the Walls," is remembered today on the anniversary of her death. 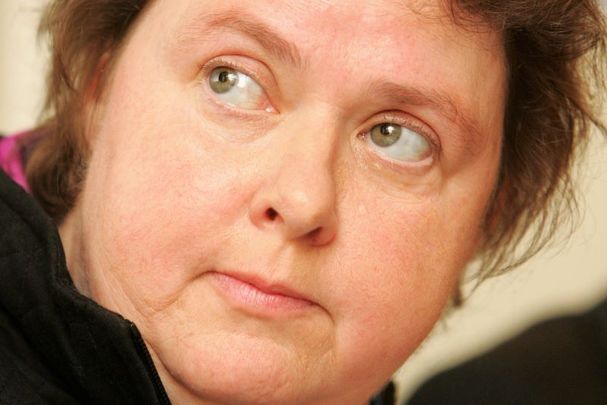 Mary Raftery, the Irish journalist behind "States of Fear" and "Behind the Walls," is remembered on the anniversary of her death.

Mary Raftery, Irish journalist, filmmaker, and writer, died from ovarian cancer on January 10, 2012 at the age of 54 years old. Nominated in 2011 for "NNI National Journalist of the Year" for her work in exposing the clerical abuse of children in Ireland, Raftery was regarded as one of the country's finest investigative journalists exposing not only clerical abuse but abuse in the Irish childcare system and the appalling conditions within the country's psychiatric units.

Raftery famously made the documentaries “States of Fear” in 1999 and “Cardinal Secrets" in 2002.  Her work is widely viewed as having led to the establishment of the Commission to Inquire into Child Abuse. The Commission reported its findings in May of 2009.

Beginning her investigative career with "In Dublin" magazine in the 1970s, Raftery later moved on to "Magill" magazine before heading to RTÉ.

Speaking to RTÉ radio at the time of her death, Dublin’s Archbishop Diarmuid Martin paid tribute to journalist and documentary maker: “Bringing the truth out is always a positive thing even though it may be a painful truth.

“I believe that through her exposition of sins of the past and of the moment that the church is a better place for children and a place which has learned many lessons.”

The national broadcaster RTÉ, Raftery’s former employer, also paid tribute. Former Director-General Noel Curran said, “Mary Raftery's journalism was defined by determination and fearlessness … She has left an important legacy for Irish society, particularly for some of our most vulnerable citizens."

Abuse survivor Andrew Madden wrote in his blog that Raftery had been an instrumental force in helping victims of abuse find their voice after years of a nationwide silence.

He said, “Mary understood that the Catholic Church's concealment of the sexual abuse of children was systemic, but that it could best be exposed by helping survivors share personal experience and through her work provided a way for some of us to do that.

"The Ryan and Murphy reports (which were commissioned in the wake of her investigations) are now part of the public record of this country and will remain there and continue to inform us for many years."

Miriam Duffy, Director of Rape Crisis MidWest with the Rape Crisis Network Ireland, told the Irish Independent, “Through her tenacity, integrity and courage, (she) has made an extraordinary contribution to changing Ireland for the better.

"It is because of her work that survivors in Ireland today live in a community more open, understanding and accepting of survivors and increasingly robust in challenging the tolerance of abuse."

Ireland’s former Tánaiste (Deputy Prime Minister) Éamon Gilmore praised Raftery’s work saying she had made an outstanding contribution to the area of human rights and justice.

Raftery's last documentary, “Behind the Walls”, aired in September 2011. In this documentary, she chartered the history of Ireland’s psychiatric hospitals, their appalling conditions, and the resulting damaged lives.

The Mary Raftery Journalism Fund has since been established to promote in-depth coverage of issues close to her heart, offering the opportunity for journalists to carry out detailed investigations "into these areas of society and to expose any injustices that might exist."

RTE's "Prime Time" paid this tribute to Raftery and her career: