The bodhrán is one of Ireland's oldest traditional musical instruments. 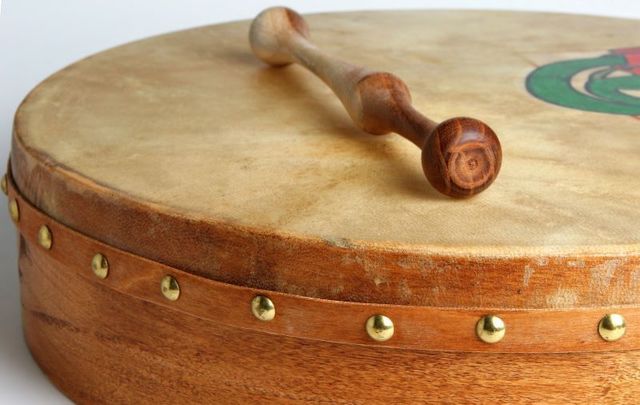 The bodhrán is a traditional goatskin Irish drum. Getty Images

The bodhrán is one of Ireland's oldest traditional musical instruments.

The bodhrán is the iconic Irish drum, one of a small select family of Celtic instruments that is stated to pre-date Christianity.

Ireland has a deep-rooted and rich musical heritage we are very familiar with. But how much do we really know about this distinctive Irish drum?

Despite existing for thousands of years, the first early appearances of the bodhrán drum were featured in paintings from the early nineteenth century, whilst in contemporary culture, the earliest recordings began to appear on the music scene in the 1960s.

The name bodhrán comes from Gaelic and is believed to translate to the words 'skin tray'. This is probably accurate, given the Celtic instruments' use in its earliest incarnations.

History of the Bodhrán

The first mentions and uses of the bodhrán drum make it clear that the bodhrán was a tool first, musical instrument second. Originally a flat wide vessel, the bodhrán has been used to carry peat.

It has also been cited as being a winnowing basket in its original purpose. Winnowing is what is done to wheat to separate out the hard, spikey coverings from the soft kernels. Winnowing baskets and peat carriers were useful tools found in most houses at the time, and it is believed that people discovered that these tools made a pleasant sound when turned over and tapped!

The traditional bodhrán in Ireland was not so much a musical instrument for pleasure and entertainment but instead, it was used as a tool in certain rituals and holy days.

Throughout history, the bodhrán was employed by Irish clans as a battle drum in attempts to strike fear in the hearts of enemies. The drum was likely used to provide a steady rhythm for Celtic warriors to march to.

It was only in the 1960s that the bodhrán drum began to emerge on the music scene. Sean Ó Riada popularised the bodhrán drum in his exploration of his musical culture and background. Ó Riada's work led to a resurgence for the bodhrán as a piece of Irish musical heritage. This has led to the famous saying that “the bodhrán is an old drum but a new musical instrument."

What is a Bodhrán made of?

A bodhrán is essentially a cross between a tambourine and a drum, and there are studies into the resemblances between the tabor, tambourine, and the bodhrán as they all have very similar designs.

A bodhrán consists of a circular frame with a skin stretched over one face. The traditional bodhrán drum featured wooden frames that were made from green wood. The drums tend to be just over a foot in diameter, and they can be as shallow as three inches, or as deep as eight or more. Each musician will generally have a preferred size bodhrán.

Modern instruments have tuning features by which the bodhrán drum's skin can be tightened in order to produce a more musical note. These are generally made from metal and are tightened or loosened using a hex key. 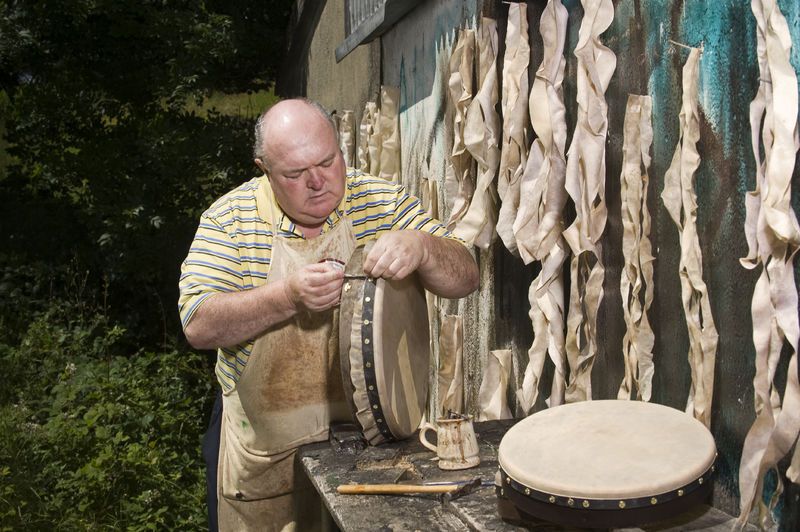 How Is The Bodhrán Drum Played?

Following the popularisation of the bodhrán as part of Ireland's culture, the Irish drum has an important part to play in modern Irish music, adding a nostalgic authenticity for those who have a strong sense of their heritage.

The bodhrán drum can be played in different ways. The bodhrán is most commonly played with a 'tipper'- a small double-ended drumstick. The tipper is very small compared to traditional drumsticks, and this gives the bodhrán player lots of versatility and freedom in order to create a wide array of musical sounds.

Kerry Style: with the Kerry style of play both ends of the tipper are used. The player holds the drum securely on his or her knee and holds the tipper with the dominant hand. By fluttering and twisting their hand, the person is able to play a dazzling sequence of beats.

West Limerick: with this style, only one end of the tipper is used, and the sound is more reminiscent of traditional drumstick use.

Hand: the hand is used to strike the bodhrán, with the heel of the hand creating a sharp, loud beat, whilst the flat of the palm creates softer sounds. The fingers come into play too, with gentle taps, slides, and hard rapping all taking their place in the pantheon of sound produced by the humble bodhrán drum.

It’s important to note that the drum does not only benefit from the dominant hand that is holding the tipper or being used instead of one- the performer is required to utilize the remaining hand to assist with the creation of sounds.

The bodhrán itself is supported on the player's knees, held loosely in the circle of his or her arms, while the other hand is free to hold the edge of the bodhrán or even be pressed to the underside of the skin to mute, muffle or otherwise transform the sound produced by the Irish drum.

The ability to use the 'spare' hand on the underside of the drum is almost magical, transforming the sound of the drum from sharp urgent taps to more melodious ringing beats. The amount of pressure used on the underside of the skin allows the player to produce a whole range of notes – in the hands of a skilled player the bodhrán can convey a sob, merriness, or even a martial call to action.

The entirety of the drum is used whilst playing the bodhrán. Traditional drums require only the skin to be struck, and hitting the edge is considered an embarrassing rookie mistake. But with bodhrán playing the edge is a perfectly legitimate target for your tipper – it is used to add emphasis to the beat and to change up the sounds.

In this way, using tipper and hand, edge and skin, the bodhrán can be made to produce sounds far more sophisticated and intricate than might be expected from a mere drum! 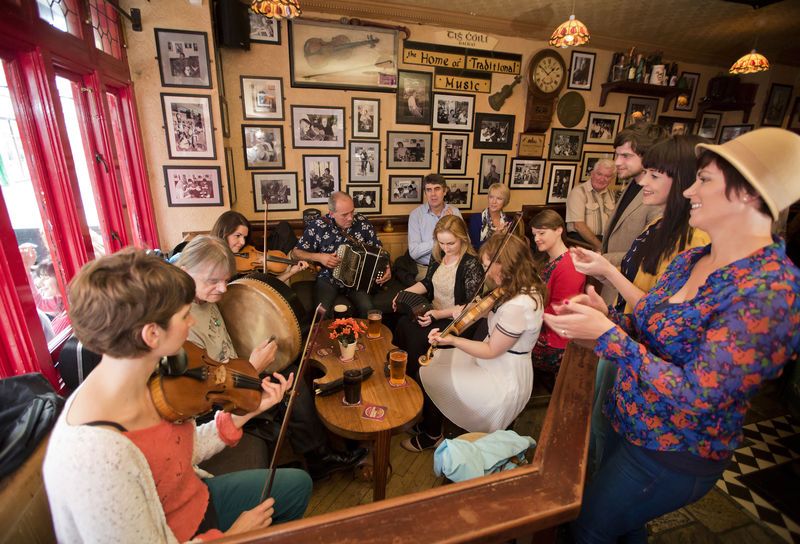 Why learn to play the Bodhrán?

Learning to play a new musical instrument awakens pathways in your brain, enabling you to literally think and react quicker than before. The more of your brain that you use, the better it gets at making connections and forging neural pathways. In short, learning to play drums could make you think better and faster!

Playing musical instruments, especially drums of any sort, can improve your coordination, making your hand-eye focus pinpoint perfect while the rest of your body learns to move in all the different ways needed to drum correctly. The Irish drum is no different, leaving practitioners with quick reflexes, good balance and an excellent sense of rhythm.

Perhaps the best reason for learning to play the Irish drum is to get in touch with your Irish antecedents. If you have Irish ancestors, no matter how distant they are, you can help yourself get in touch with your cultural heritage by learning to syncopate along to traditional Irish music! Playing instruments that have been used by your great-great-grandfather and learning music that he would have recognized can help you connect with your Irish roots.

Do not assume the bodhrán is easy to play! There is a lot to learn from watching bodhrán players in action, especially live, but there are videos online ranging from absolute beginner lessons to virtuoso's masterly performances, like in the video below. Most of all, you will obtain a sense of the atmosphere that comes about with bodhrán playing, especially in an Irish setting, such as an Irish pub or actually in Ireland itself.

Try out a few different sizes of these Celtic instruments before you pick the one that you will learn to play on. It should be comfortable for you to hold without dropping, just the right size that you can play and maneuver it without any issues, and you should feel right holding it. The good news is, there are a lot of options when it comes to bodhráns!

Finally, enjoy the art of making music: sink into the experience. After all, as Plato said: “Music gives a soul to the universe, wings to the mind, flight to the imagination, and life to everything.”

Have you ever played a bodhrán before? Let us know in the comments!