From Eamon de Valera to the Kennedys, old films show Ireland and US relations over the decades. 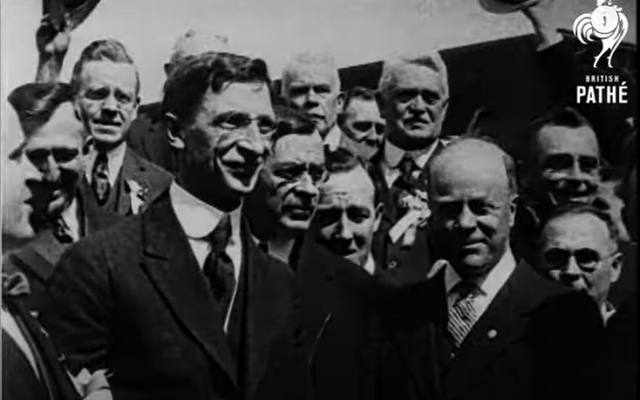 British Pathé is a treasure trove of films with historical and cultural significance, giving a rare glimpse into the news of the day.

Among these priceless glimpses into the past are clips illustrating the long and treasured relationship between the Irish and the United States.

“…Several shots show President William Thomas Cosgrave of Ireland (Irish Free State / Éire / Southern Ireland) on a boat with bodyguards and dignitaries, presumably approaching New York. On arrival at New York Cosgrave is seen getting into an open-top car and walking down some steps to pose for the camera, surrounded by military men and bodyguards. M/S as he shakes hands with another man, probably an American dignitary (?). Cosgrave rides through the streets in the open car as photographers takes photos; a policeman walks beside the car.”