First man down! The first FBI agent killed on duty 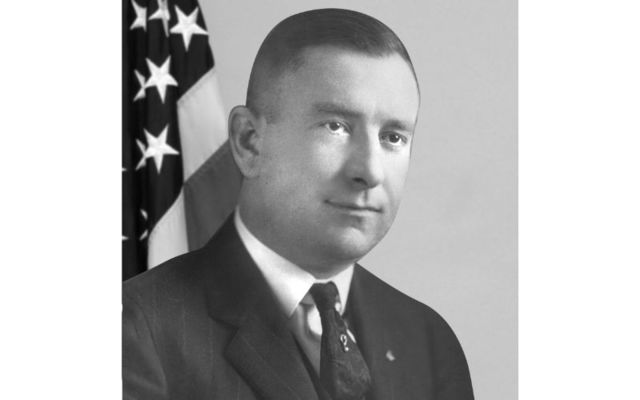 On Sunday, Oct 11 1925, the FBI lay await on stakeout after receiving a promising tip-off from a criminal underworld source regarding a highly dangerous criminal and professional car thief Martin James Durkin (born 1900). Durkin specialized in stealing high-end cars with a penchant for Packard's, Cadillac's and Pierce Arrows.

Durkin was a wanted man for violating the Dyer Act and wounding four police officers who had attempted to apprehend him over a car theft . He escaped untouched.

The FBI had been tipped off Durkin was planning on hiding a stolen car at the garage at a specific location. As time went on, the credibility of the tip-off came into question. Shanahan ended up waiting in the garage on his own while the other agents left to be relieved back in the office.

Shortly after the agents had left, in drives Martin James Durkin into the garage in the stolen car from New Mexico without a care in the world. Shanahan approached Durkin attempting to bring him into custody.

What exactly occurred next remains unclear. Somehow Durkin lulled Shanahan into a false sense of safety and pulled a pistol from the glove compartment and shot Shanahan through the breast killing him instantly. At 32 years of age he was the first FBI agent killed on duty since the foundation of the bureau in 1908. An Irish American  G-Man was killed by an Irish American criminal with two last names that wouldn't look out of place in the  Mayo football panel.

As a result of the murder, the FBI focused everything on capturing Durkin. They wanted to make it clear that nobody could kill an FBI agent and evade justice. A national manhunt soon ensued that swept the nation for months.

Several weeks after the killing of Shanahan, the Chicago police department received information on Durkin's whereabouts. The police waited at the house for their suspect to arrive. Late into the night, Durkin emerged like a vampire from the darkness, the police moved in to carry out the arrest. A gunfight ensued and Durkin evaded the authorities once again leaving a police officer dead and another badly wounded.

Knowing that Durkin loved to hit car dealerships, the FBI contacted car dealers throughout the nation regarding Durkin and his means of obtaining cars and carrying out burglaries. In mid-January 1926, a Cadillac dealership got in touch with the FBI regarding the theft of one of their cars by an individual using the same methods as Durkin.

On the off chance, it was Durkin, the FBI put the word out on the description of the vehicle and the suspect. Law enforcement prowled every major highway from California to Denver for a full week but to no avail.

On Sunday 17th of January 1926, a parked jade-colored Cadillac caught the eye of an on-duty police officer in Pecos, Texas. The officer approached the individual who appeared to be the epitome of suave. He smiled and carried the demeanor of a friendly doctor. He identified himself as Fred Conley and claimed to be a cop himself back in Los Angeles as well as being somewhat of an actor.

The officer requested proof of ownership of the vehicle. The charming Conley assured the officer the papers were back in his hotel, that he would be more than willing to fetch them and produce them at the police station. The officer took note of the appropriate car numbers, the weapons (a pistol and a rifle) in the man's possession inside the car. The officer was unperturbed and felt the weapons corroborated the nice man's claims of being a cop.

But  Fred Conley didn't show up with the proof of ownership as he had promised. The officer decided to track him down at the hotel he claimed to be residing in. It soon became apparent this Conley character had absconded with a female companion. All efforts to locate this individual proved futile on the day.

On hearing the description of the individual's physical appearance, the FBI was confident it was Durkin and were relieved another unsuspecting police officer didn't end up kissing daisies.

The jade-colored Cadillac turned up fifty miles away close to the Mexican border partially buried. On Jan 20, 1926, a railroad ticket agent reported an individual matching Durkin's description purchasing a ticket to St. Louis via San Antonio for that very day at 11am. In a joint operation with the St Louis police, the train was stopped just before St Louis where federal agents boarded and arrested Durkin before he had the chance to draw his gun.

Once in custody, Durkin pleaded guilty to the murder of agent Shanahan. At the time it wasn't a federal crime to kill an FBI agent. Durkin received a 35-year prison sentence and was released on July 28 1954.

Martin James Durkin lived until 1981, notorious as the first person to kill an FBI agent.