Irish emigration songs that will stir your heart

The most famous and best remembered songs of emigration and exile. 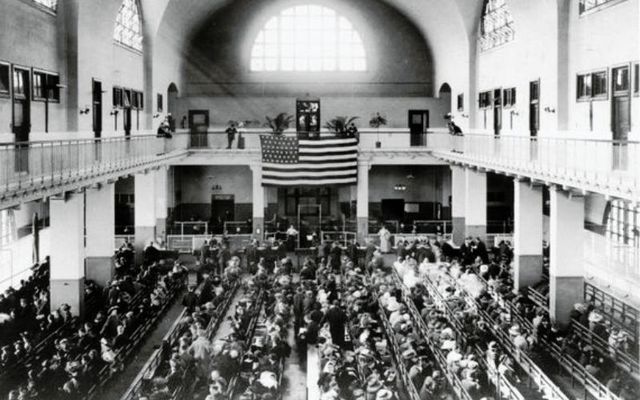 Millions of Irish have left Ireland since the Famine and brought with them many songs of emigration and exile.

These Irish songs span Ireland’s history from heading out to America during the Gold Rush, the Great Hunger, entering the United States through Ellis Island to the last “brain drain” from Ireland during the 1980s, when so many left their home, these songs tell the tales of the Irish emigrants.

Here are ten of the most famous and best remembered.

This Irish folk ballad, set during the Great Irish Famine, is about a fictitious man named Michael, from near Athenry, in County Galway, who has been sentenced to transportation to Botany Bay, Australia, for stealing food for his starving family. It has become the anthem of a generation.

This Mary Black tune tells the tale of a pair of lovers who are being separated by emigration. As the chorus says “last call for Ellis Island, These are the last words I'm ever gonna hear you say.”

Ellis Island, in the Upper New York Bay, was the United States' busiest immigrant inspection station from 1892 until 1954.

"From Clare to Here" is a ballad about an Irish emigrant living his life away from County Clare.  As the first verse says, “caught up in the craic, sleeping late on Sundays and we never got to Mass.”

This Christy Moore ballad tells of an Irish emigrant in Chicago thinking of his home in Donegal and reminiscing on the 1847 journey during the Great Hunger.

This song’s narrator is emigrating from Ireland to America, and the song is both a meditation on this and a statement of purpose.

This song released in 1987 tells the tale of the last brain drain in the 80s when thousands of young emigrants left to find jobs abroad in Australia and elsewhere.

Released in 1988 this Pogues song, written by Phil Chevron, and just like the “Flight of the Earls,” talks of contemporary emigration and enjoying all Manhattan has to offer while also remembering those Irish who fled Ireland during the Great Hunger.

8. “Spancil Hill” - performed by The Dubliners

"Spancil Hill" bemoans the plight of the Irish immigrants who so longed for home from their new lives in America, many of whom went to California with the Gold Rush. This song is sung by a man who longs for his home in Spancilhill, his friends and the love he left there. All the characters and places in this song are real.

Again this song tells the story of two star-crossed lovers separated by emigration and the man who believes his love is waiting for him in Mayo.

Written by Percy French, the song is representative of his many works concerning the Irish diaspora. The song is a whimsical look at the styles, attitudes, and fashions of late nineteenth-century London as seen from the point of view of an Irish laborer from a village near the Mountains of Mourne.