Spancil Hill - The tale behind the famous Irish ballad

No Irish sing-along is complete without a rendition of Spancil Hill. 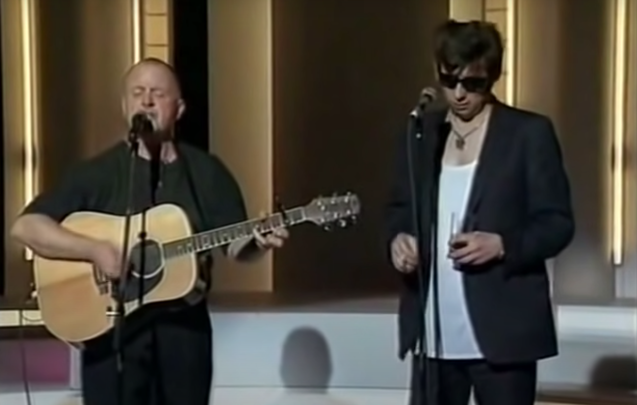 No Irish sing-along is complete without a rendition of Spancil Hill.

Its subject matter is a familiar one in the Irish ballad tradition: emigration. It tells of the longing an immigrant has for his home in Spancil Hill in the county of Clare.

The name of Spancil Hill comes from the ancient horse fair that takes place there every June. Spancilling was an old and rather cruel practice in which a rope was used to tie a horse’s left foreleg to its right hind leg in order to stop it from wandering off.

The ballad of Spancil Hill was written by Michael Considine who did wander off. Born in Spancil Hill in 1850, Considine took himself off across the Atlantic Ocean in search of a better life at the age of 20.

Considine spent his first few years of emigration in Boston before moving west to follow the gold rush in California. He fell into bad health at the very young age of 23 and it was during this time that he wrote the poem of Spancil Hill which then turned into a ballad. Considine did not see past his 23 years and died in 1873.

Before he succumbed to death he managed to send his ballad to his six-year-old nephew John Considine in Clare who kept it safe.

In the ballad, we hear the emigrant pine for the girl he left behind. In Michael Considine’s case, he left Spancil Hill for America with the intention of bringing his sweetheart over when he had made enough money but, sadly it never materialized.

As is the case with many folk ballads, it’s real lyrics have been altered over the years. In the 1940s while renowned folk singer Robbie McMahon was at a music session in Spancil Hill, he was approached by a woman who identified herself as a relative of Michael Considine and handed McMahon the original lyrics of the ballad.

In the original lyrics of Spancil Hill, the emigrant tells of his heartbreak of leaving a girl, ‘Mack the Rangers daughter.’ The real story is that her name was Mary MacNamara who lived near the Considines at Spancil Hill.  Over the years as the lyrics changed so too did her identity. Some versions refer to her as Mag or Nell the farmer's daughter.

The song plays out as a dream the emigrant is having of his home in Ireland and the people he left behind. We meet his friends and family such as a tailor named Quigley who in real life lived near the Considines and made their shoes but, it is his sweetheart that he enjoys meeting the most yet their union is short-lived as the emigrant is woken from his dream and he realizes he is in California, many miles from Spancil Hill.

Just like the ballad he wrote, Considine’s story also ends on a rather sad note. He died never seeing the girl he wanted to wed and she, in turn, decided to live her life mourning him and never married.

Some of Michael’s siblings also took the ship to America but some stayed behind, including his brother Patrick who died young and left a widow and five-month-old son named John. It was this same John to whom Michael sent his ballad of Spancil Hill before he died, thus ensuring its permanent place in Ireland‘s folk ballad tradition.

The Original Lyrics of Spancil Hill by Michael Considine:

Last night as I lay dreaming, of pleasant days gone by,
My mind being bent on rambling and to Erin’s Isle I did fly
I stepped on board a vision and sailed out with a will,
till I gladly came to anchor at the cross of Spancil Hill.

Enchanted by the novelty, delighted with the scenes,
Where in my early childhood, I often times have been,
I thought I heard a murmur, I think I hear it still,
‘Tis that little stream of water at the cross of Spancil Hill.

And to amuse my fancy, I lay upon the ground,
Where all my school companions in crowds assembled round,
Some have grown to manhood, while more their grave did fill,
Oh, I thought we were all young again at the cross of Spancil Hill.

It being on a Sabbath morning, I thought I heard a bell,
O’er hills and valleys sounded, in notes that seemed to tell,
That Father Dan was coming, his duty to fulfill,
At the parish church of Clooney, just one mile from Spancil Hill.

And when our duty did commence, we all knelt down in prayer,
In hopes for to be ready, to climb the golden stair,
And when back home returning, we danced with right good will,
To Martin Moilens music at the cross of Spancil Hill.

It being on the 23rd of June, the day before the fair,
Sure Erin’s sons and daughters, they all assemble there,
The young, the old, the stout and the bold, they came to sport and kill,
What a curious combination at the fair of Spancil Hill.

I went into my old home, as every stone can tell,
The old boreen was just the same, and the apple tree over the well,
I miss my sister Ellen, my brothers Pat and Bill,
Sure I only met strange faces at my home in Spancil Hill.

I called to see my neighbours, to hear what they might say,
The old were getting feeble, and the young ones turning grey,
I met with tailor Quigley, he’s as brave as ever still,
Sure he always made my breeches when I lived in Spancil Hill.

I paid a flying visit to my first and only love,
She’s as pure as any lily and as gentle as a dove,
She threw her arms around me saying Mike I love you still,
She is Mack the Rangers daughter, the pride of Spancil Hill.

I thought I stooped to kiss her, as I did in days of yore,
Says she Mike you’re only joking, as you often were before,
The cock he crew on the roost again, he crew both loud and shrill,
And I awoke in California, far far form Spancil Hill.

But when my vision faded, the tears came in my eyes,
In hope to see that dear old spot, some day before I die,
May the joyous king of angles, his choicest blessings spill,
On that glorious spot of nature, the cross of Spancil hill

What is your favorite rendition of Spancil Hill? Let us know in the comments section, below.