One of Ireland’s most iconic buildings, we look at the history of Dublin’s GPO. 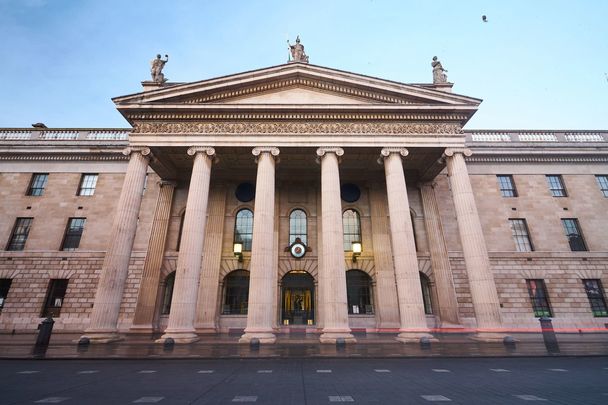 The General Post Office or GPO, as it is more commonly referred to, is one of Dublin’s and Ireland’s most important and iconic historical sites.  Currently, the head office of Ireland’s postal service An Post, the building is also home to a museum that explores the history of both the 1916 Easter Rising and the importance of the GPO in Irish history and culture.

Construction of the GPO began in 1814 and was completed in 1818 and the finished project was to be one of the last Georgian public buildings to be built in the City of Dublin.  Originally built on the street known as Sackville Street, the GPO stands in the same spot, however, the street is now known as O’Connell Street.

O’Connell Street is the main thoroughfare of and widest street in Dublin.  Until 1966, the GPO was faced by Nelson’s Column which was blown up by a bomb planted by Republicans.  The Spire now stands in that spot and has become synonymous with both the GPO and O’Connell Street.  If you ask true blue Dubs, the Spire is loved and hated in fairly equal amounts, due to the fact that while it represents nothing – unusual in itself in Ireland, it also acts as a light that points onwards and upwards to the future of this beautiful city.  The monument stands at a whopping 120 meters high and can be seen from many vantage points in the city. 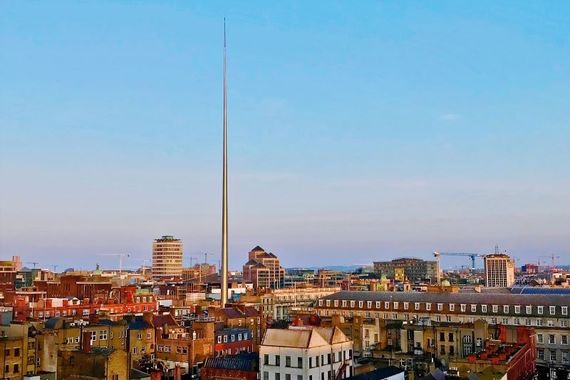 Dublin's Spire, erected outside the GPO.

Most famously, the GPO was used by the leaders of the 1916 Easter Rising as a headquarters in the fight for independence. At the time, Sackville Street and the GPO would have been considered ostentatious and very much associated with the British elite.  Marking the beginning of the Easter Rising, the Irish flag was raised and Padraig Pearse, the then Commander in Chief of the Irish Volunteers stood on the steps and read the Proclamation of the Irish aloud, declaring Ireland a sovereign nation. 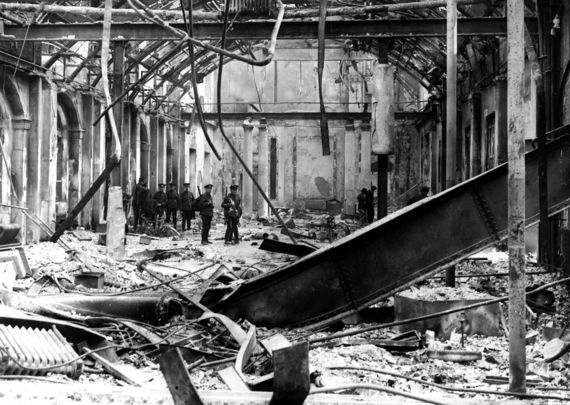 Soldiers inside the GPO during the Easter Rising.

This resulted in days of bloody violence, the remnants of which can still be experienced through the bullet holes visible to this day on the pillars of the GPO.  The devastation of the 1916 Rising resulted in almost the entirety of the GPO being demolished following a sustained attack from a British Gunship, however, the remaining grand pillars were saved and the building was rebuilt and reopened in 1929. 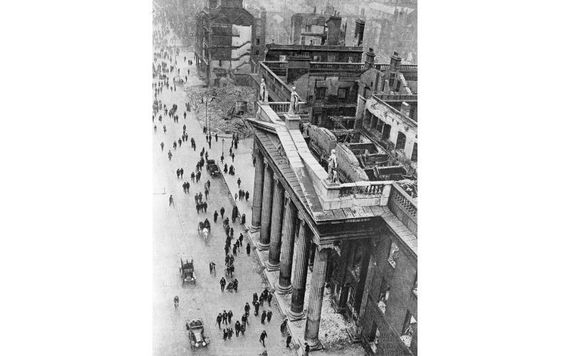 Today, while still operating as the headquarters for An Post, the GPO is also home to an interactive museum, GPO Witness History, that tells the story of the 1916 Rising through a variety of mediums to people young and old.  The story of the fight for independence is told through photos, newspaper articles and commentary from both fighters and bystanders who watched on.  The museum is also the home of the original copy of the Proclamation which can be read and viewed there. 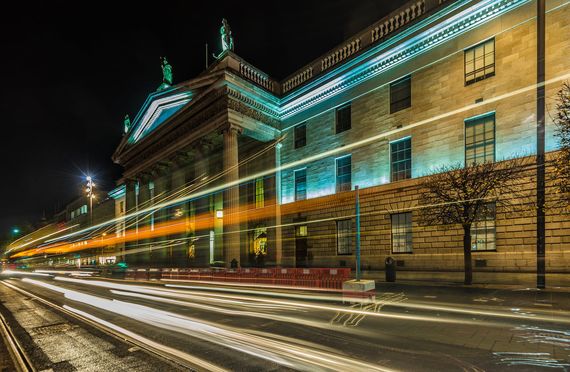 The GPO at night.

You can explore the museum alone or as part of a guided tour, either way, you’ll be engrossed in the real and raw history that you will see.

The GPO is also home to other artifacts that symbolize Irish culture and strength.  In particular, the Statue of Cú Chulainn is displayed prominently in the public area of the GPO.  The bronze statue was described by Éamon De Valera as ‘a beautiful piece of sculpture, the creation of Irish genius, symbolizing the dauntless courage and abiding constancy of our people’.  The sculptor Oliver Sheppard chose to depict the demise of Cú Chulainn to represent the many Irish people who sacrificed themselves for their country.

Another must-see sculpture in the GPO visitors center is ‘They are of us all’ a commissioned sculpture that commemorates the loss of 40 children during the 1916 Rising.

This beautiful building is a must-see on any trip to Ireland to fully appreciate the history of a crucial time in the Republic of Ireland.