There is a timeless quality to Ireland that attracts visitors from all over the world. 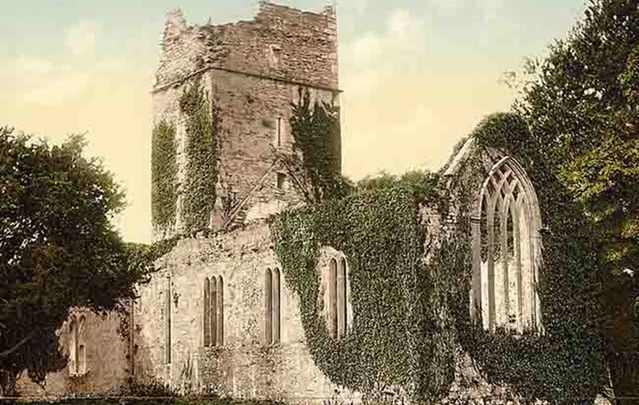 There is a timeless quality to Ireland that attracts visitors from all over the world as these old photos from Ireland's heritage sites show.

In every county, history is literally all around you, from the ancient stone circles in Drombeg, County Cork, to Reginald's Tower in Waterford City, which dates from the 13th century.

The Irish Archaeology website features a collection of vintage photos of Ireland's Heritage Sites that were taken between 1890 and 1900. The photos have been hand-tinted, which lends them a fascinating, contemporary look. Except for the old-fashioned autos and clothing styles visible in some of the scenes, the photos could have been taken yesterday.

The photos are part of the Library of Congress collection.

01. Glendalough, Co. Wicklow: Founded by St. Kevin in the 6th century AD, this was one of Ireland’s most important early monasteries.

02. Ross Castle, Killarney, Co. Kerry. Built in the late 15th century, this castle consists of a square tower house, with bartizans on two of its corners.

04. O’Connell Street, Dublin. This street is Dublin’s main thoroughfare and prior to 1924, it was known as Sackville Street.

07 Reginald’s Tower, Waterford City. Built in the beginning of the 13th century this circular defensive tower is the only surviving building in Ireland that retains its original Viking name.

08 Blackrock Castle, Cork. Located on the outskirts of Cork city this ‘modern’ castle was designed by James and G.R. Pain and built between 1827-29.

10. The Cliffs of Moher, Co. Clare. These iconic cliffs are located on the southwestern edge of the Burren region.