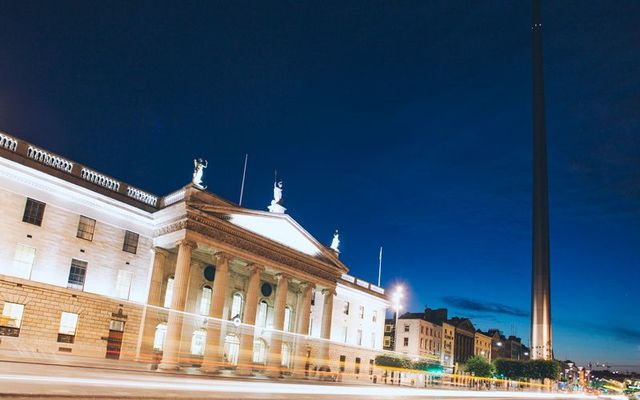 Superman saves the GPO from a falling Spire in a new DC comic illustrated by a Dublin artist.

In Issue #10 of "Superman: Son Of Kal-El," Superman comes to the rescue when a flooded Liffey leads to the collapse of the Spire on top of the General Post Office (GPO) on O'Connell Street in Dublin.

The comic is illustrated by graphic artist Cian Tormey, the first Irishman to draw an ongoing Superman book in the 84 years of the character’s existence, according to The Irish Times.

Amazing, our Dublin scene is getting some love from the buildings along the Liffey! Don't worry @chqdublin, you were never in any danger https://t.co/kdzLiUVCF2

In the comic,  which is written by Tom Taylor, the son of Clark Kent and Lois Lane takes on the Superman mantle and confronts Henry Bendix, the president of the fictional nation Gammora.

The description of the issue reads: “Henry Bendix’s plans are now clear. Gamorra’s president won’t stop until he has total control. He’s now sold his strategy to other dangerous regimes.

“Only Superman and his allies stand in the way of Bendix’s dark vision for the world…a world where superheroes are put in their place, discredited, and even destroyed.

“A world where heroes are replaced by agents of those ruthless enough to have seized power. The Rising has begun!”

In Issue #10, a weather bomb strikes Ireland, causing the Liffey to flood and the Spire to collapse onto the GPO. Superman must come to the rescue of a little girl Cara and her dad who are about to be crushed under the collapsing roof of the GPO.

According to Joe.ie, Superman uses his heat vision to obliterate chunks of the GPO's roof as it falls before flying away with the Spire.

The series recently attracted controversy when Jon Kent (son of Clark) came out as bisexual, after sharing a kiss with reporter Jay Nakamura.

“I’ve realized,” Tormey told The Irish Times in January, “and I feel like a lot of people don’t ever realize this – some comics just aren’t made for me. They’re not aimed at us. Before, when I was younger, it seemed like all comics were for me, and I read everything. Now, there’s such a greater level of diversity in the stories being told, even within these archetypal characters that we take for granted.

“So, Superman being gay or bisexual now, maybe it’s not for you. We had our Superman, and that Superman isn’t going to change, this is a new story for newer, younger readers and it needs to reflect the diversity of that audience."

Check out the full Irish scenes of the comic via Reddit here.