Irish giant folklore might be explained by genetic study

A genetic study from 2016 shed light on why giants were so prevalent in Irish folklore. 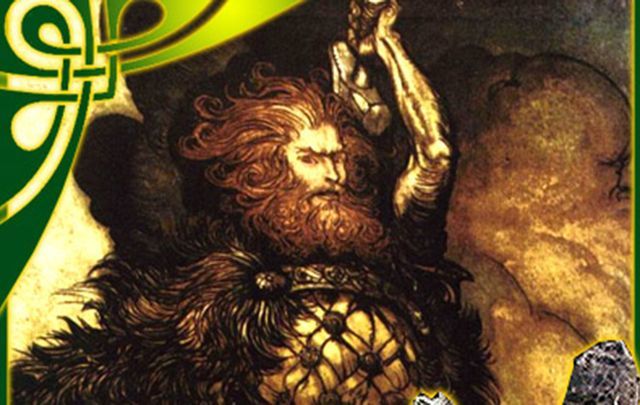 A depiction of the giant Goll Mac Morna from Irish folklore.

An Irish gene study from 2016 may explain why giants played such an important part in Irish folklore.

The study, carried out by researchers at Barts and the London School of Medicine and Dentistry in collaboration with 20 other institutions, found that a genetic mutation that can potentially cause gigantism was particularly high in one area in Ulster.

Researchers at the universities studied patients suffering from the hormonal disorder acromegaly, a condition that causes gigantism, and also tested DNA samples from the general public to identify potential carriers of a gene mutation that causes both acromegaly and gigantism.

With the help of patients and members of the public, they studied groups in three areas across Northern Ireland and the Republic of Ireland and found that a genetic mutation of the AIP, referred to as R304, was unusually commonplace in mid-Ulster.

The study identified 81 carriers of the genetic mutation, who came from 18 different families in mid-Ulster.

All 81 carriers appeared to be descended from the same ancestor, who lived in mid-Ulster more than 2,500 years ago.

"This is probably the highest proportion of giants in the whole world in that little part of Northern Ireland," said Marta Korbonits, a professor of endocrinology at Barts and the London School of Medicine Queen Mary

Professor Sian Ellard of the University of Exeter took part in the study and said that it explained why giants were so prevalent in Irish folklore.

"Irish folklore has numerous stories regarding Irish giants and the remains of some of these giants have been studied in the past. Our data provides an explanation for the observation made by the pioneering anthropologist James C. Prichard in 1826."

Researchers said that the study may explain the folklore behind the Giant's Causeway or the legend that giants created Lough Neagh in Northern Ireland.

More importantly, however, the study allows researchers to screen people from the 18 families for the genetic mutation and provide early treatment for the condition.

The study also found that there are possibly 436 carriers and 86 affected individuals on the island of Ireland suffering from undiagnosed acromegaly or gigantism. Scientists may be able to prevent the onset of gigantism and prevent the premature mortality associated with the condition if they can successfully locate undiagnosed cases of the condition.