Video captured at Giant’s Causeway in Northern Ireland could serve as proof of the legendary Finn McCool’s existence! 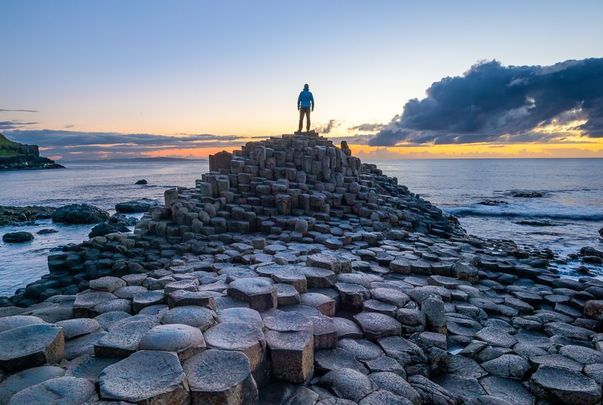 Video captured at Giant’s Causeway in Northern Ireland could serve as proof of the legendary Finn McCool’s existence!

In the video, shared on YouTube by ParanormalLibrary, a mysterious door can be seen closing amongst the rock formations at the world-famous site.

Some people attribute the massive door to mythical giant Finn McCool, who, according to Irish folklore, created the stunning Giant’s Causeway a long, long time ago.

Certain odd rock formations found around Giant’s Causeway are linked to the Irish mythological hero, including The Camel and the Giant’s Boot.

For centuries, the prevailing legend surrounding the Giant's Causeway in Northern Ireland was that Fionn Mac Cumhaill (Finn McCool), the mythical hunter-warrior of Irish mythology associated with the Fenian cycle, was behind the causeway's existence, constructing it to reach his arch-rival, a giant named Benandonner, also known as the Red Man, who was believed to roam Scotland.

In the modern age, scientists have been able to attribute the formation of the 40,000 interlocking columns - a UNESCO World Heritage Site since 1986 - to volcanic eruptions some 50 or 60 million years ago.

Do you think Finn McCool still lives at the Giant’s Causeway or is it all a bunch of malarkey? Let us know in the comment section below or join the conversation on Facebook!