Emigration before the Internet meant it was easy to disappear. Molly Muldoon and her family never knew what had happened to Uncle Paddy. 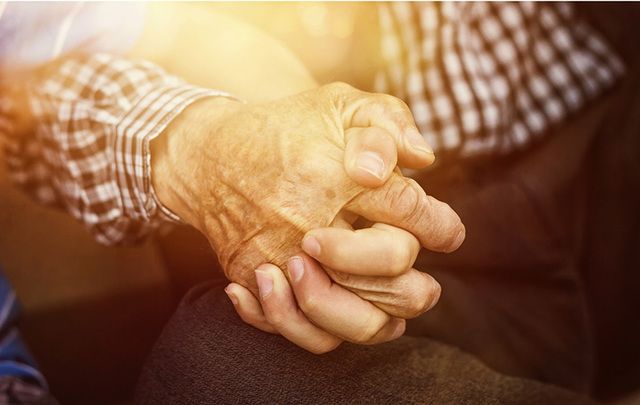 Emigration before the Internet meant it was easy to disappear. Although my uncle only went to London, we never knew what had happened to him or why he had disappeared. iStock

Molly Muldoon recounts how she and her family reconnected with their long-lost Uncle Paddy just in time for Christmas.

After my grandmother passed away in 1992, my mother kept some of her personal belongings in her handbag as a keepsake. There was some jewelry, her passport, and a collection of letters from her eldest son, Paddy, who left our home in Co. Roscommon in 1959.

Paddy Muldoon, the oldest son, was 16 when he left for London. Much like today in Ireland, emigration was the norm.

After Uncle Paddy departed, my grandmother and grandfather would later have to say goodbye to their other five children, one by one -- Mary, Kathleen, Sally, Michael, and Teresa. Although some would later return, the five siblings eventually made new lives in America. But Paddy's absence would prove to be the hardest.

At first, contact from Paddy was frequent. A few trips across the water to Roscommon in the 1960s. Handwritten letters, talk of a new life in London.

But as time went on, the letters dwindled until there was noticeably less word from Paddy.  There were some chance meetings with siblings in London, while they were on vacation from New York. No one knew Paddy was fighting his own personal battles; demons he felt he could not burden his parents with, not to mention his siblings. As the hardship continued, his contact ceased. He was incommunicado. Weddings, baptisms, and family occasions missed.

Then years later, two funerals, as Granddad, and then later, Granny traveled to the next world, hoping they would finally find their eldest son there perhaps.

Growing up we spoke about Uncle Paddy. He stared back at us from the black-and-white family portrait. A rare family photo. The tallest, the eldest, the missing. We never knew what happened. Before the Internet, it was easy to disappear. There was no Google. No mobiles. No Facebook.

In the years that followed, different family members tried in vain to find a man who wasn't willing to be found.  The mystery continued.  My father seldom shed tears but on the rare occasion he did, they were for his only brother.

My mother’s words were unexpected when my office phone rang in August 2010, in New York. The news the Muldoon family had waited decades to hear traveled thousands of miles through telephone wires across the Atlantic Ocean to my receiver: "Your Uncle Paddy is alive.”

Earlier that year on a trip to London in January 2010, my parents had visited the London Irish Center in Camden and, just like several times before, gave Paddy's last known address. Another hopeful attempt to find Uncle Paddy.

Eight months later the news came that he was alive and that he wanted my father to write him a letter. After almost 30 years it seemed an appropriate way to open the channels of communication again. So my father sat down and carefully composed a handwritten letter.

Two weeks later the phone shrilled in our hallway in Knocknacunny, the joyous sound of someone making contact. My father picked up the receiver and heard his brother’s voice for the first time in almost three decades: “Hello Mike, it's Paddy”.

Around the same time in Connecticut, the youngest member of the Muldoon family got the sad news that the cancer she was battling would consume her. At 59 years of age, Teresa McMahon was given months to live and faced certain death. As the eldest Muldoon reappeared, the youngest got the news everyone dreads.

Teresa McMahon was always young at heart. I will forever remember her smile, her jokes. But suddenly we all needed to say goodbye. Awkward gestures, a cascade of emotions and flowers.

On a Tuesday morning in late September 2010, my kind cousin Krissy picked me up from Queens and we made the journey to Connecticut to say goodbye to our aunt. Soon after we arrived, Aunt Teresa appeared in familiar positive spirits. She was smiling when we entered her home, happy to see her two nieces. She was still active, still fighting.

We spent the afternoon with her and my Uncle Owen, in their home in Wallingford. She talked about her life, about Ireland and about the certainty of death that was approaching.

She seemed at peace. She was nothing less than inspiring. She was ever so grateful for her devoted husband Owen and extremely proud of her only son Pat.

She told jokes. She spoke about her parents, and tears filled her eyes when she mentioned her long-lost brother Paddy, who had been finally found.

She was overjoyed at the news that her eldest brother was finally back in their lives. Separated by oceans, they had spoken on the telephone.

He took the news of her illness hard, she said, before regaling us with stories of her memories of a kind brother who had sent gifts home from London. She sat in her kitchen and told us she was so happy that she got the good news before she passed.

"Now I can tell Mam and Dad in heaven that we have found him,” she said.

Teresa lost her battle with cancer on December 13, 2010. Her husband Owen called us in Knocknacunny in the hours she took her last breaths and we said our final goodbye to Teresa. A devoted wife, proud mother, cherished sister, and caring aunt. From London to New York to Roscommon, a family grieved for Teresa McMahon.

So as Aunt Teresa left our lives, Uncle Paddy and his family arrived.

In September 2011, my uncle finally made the trip across the Irish Sea, to the home he had never forgotten. Flanked by his daughter, her husband, and their daughter, they arrived on the back street in Co. Roscommon.

For the first time in over four decades, he stood in the home where he was born, as my parents, Mike and Margaret, lavished our new-found family with hospitality.

The Ireland he had known was long gone. But the walls of the Muldoon house, where he had grown up, were familiar.

Family and friends gathered around to get re-acquainted with Paddy Muldoon. On a fine autumn evening, Paddy and his old-school friend Jack Frain, who traveled from Cork especially, walked the piggery road. Their two younger brothers, my father, and Fergus Frain lagging behind. A sight to behold. Old school friends traveling the same path to the brother’s school, the same steps they had taken decades before.

In the end, the six Muldoon siblings never got the chance to recreate their family portrait. But for a few months, despite sickness and oceans, they all got to exist with one other again. The lost being found just as life slips away.

Despite the distance, despite the heartache, hurt, and anguish, the Muldoon siblings came together in a shared appreciation for the unity created by the blood coursing through their veins. A year now since her death, we all remember Aunt Teresa, her fighting spirit, her legacy of laughter.

So now I am another Muldoon who left Knocknacunny for New York. I try my best to keep in touch with home. Phone calls and text messages, Sunday Skype and even the occasional handwritten letter.

Roscommon is never far from my thoughts. I remind myself every day of the brevity of our existence, the importance of family and that it's never too late to pick up the phone and call home.