"The Irish in Britain are an important part of our history. That our heritage, culture and language are safe in the hands of the next generation." 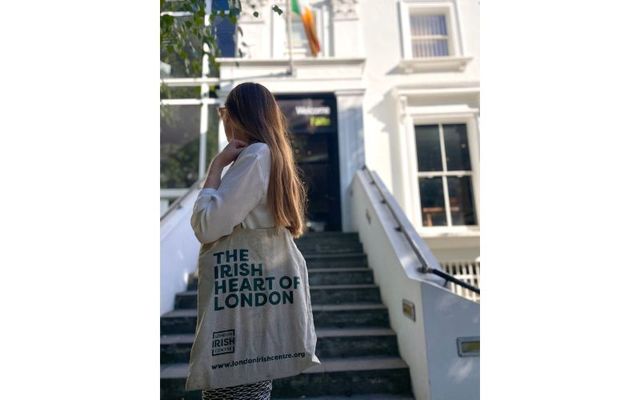 Until 2001, the Irish were the largest group in London from outside Britain. While times make have changed the Irish community remains a strong and important group to the British capital.

With newspaper reports of continuing disruption at Dublin Airport, it was an easy choice to make to travel to London by boat. For decades the mail boat from Dun Laoghaire to Holyhead in Wales was the preferred means of transport for the countless Irish that emigrated to seek work and a new life in the United Kingdom.

However, since 2015 all ferry services from the capital leave from Dublin Port. And it was from there that I stepped on board the MV Ulysses, named after the James Joyce novel, and gazed out on what he had called the “snotgreen sea.”

It was a pleasant seaward journey with rapid connections to the rail line that would take me to Euston Station, in London, via a change at Crew. There I connected with a train from Scotland and spent the remainder of the trip being entertained by a Glasgow hen party which was loud, drunk and good-humoured.

The only problem was when an onboard announcement told us that four of the five toilets were out of commission but we were “not to worry as a fleet engineer at our destination had been informed and would sort out the problem.”  Scant consolation to the Scottish ladies with immediate needs.  However, I would have loved to be party to the call that reported the issue. “Euston, we have a problem.”

Euston Station has for been for many Irish emigrants their point of reference over the past century.  Significant Irish communities sprung up in nearby districts such as Kilburn, Camden, Cricklewood, Brent and Islington creating networks based on sociability, religion and Irish culture.

As money was made and people got married they moved out to the London suburbs.  Others remained in bedsits and bachelorhood, captured in time and song by Dominic Behan’s “McAlpines Fusiliers” which summed up the tough life of an Irish navvy (laborer) who “sweated blood and washed down mud, with pints and quarts of beer.”

The other stereotypical emigrant of the mid-20th century was the Irish nurse.  When the U.K. National Health Service (NHS) was being set up Ireland was viewed as a source for trainee nurses.

Recruitment drives throughout the 1950s-‘60s, saw NHS staff travel around Ireland to interview and sign up Irish teenage girls for nurse training. Thousands were then assigned to hospitals throughout Britain where they trained and worked.

Nowadays the Irish in London consist of two broad categories – the older emigrants either employed or retired, and the young, well-educated new arrivals who in many cases see London as a two to three-year sojourn on their way up the career ladder.  This group includes doctors, engineers, solicitors as well as IT and digital specialists.

But new arrivals still include young people with few qualifications. For instance, during Covid, when the building industry was closed down in Ireland, there was an exodus of skilled and unskilled workers to the U.K.

So while there remains a strong correlation between Irish immigration to the U.K. and downturns in the Irish economy during the 20th century, there were also pull factors, particularly in relation to family, education and career advancement.

The Irish were the largest birthplace group in London from outside Britain until 2001.  However, the position changed rapidly between 2001 and 2011 when the ranking of the Irish fell sharply to fourth overall by birthplace amongst the incomers, after Indians, Poles and Pakistanis.

London is now a very culturally diverse city and all the better for that. With Brexit, the number of Europeans choosing Britain for work will fall, which will push Ireland back up the rankings.

Indeed, one thing that was evident during my stay in London was the shortage of workers in the service industries, with restaurants and bars either closing early or limiting entry.  Brexit and the rise of the ultra-British nationalist has also raised concerns in some quarters about an increase in anti-Irish sentiment, something that all agree was dormant for the past two decades.

One institution that has served the Irish community since 1954 is the London Irish Centre (LIC).  Based in Camden, just over a mile from Euston Station, the LIC has a staff of 40 offering a range of programs and services. On a visit there I encountered elements of the emigrant experience, past, present and future.

Outside the building, there was a poignant framed photograph of busker Thomas O’Halloran, an 87-year-old grandfather who died after he was stabbed to death on his mobility scooter in London. He left Co. Clare over 70 years ago and in later years busked outside train stations with his accordion and had recently raised funds for Ukrainian refugees.

The LIC held a vigil with accordion players while onlookers lit candles in his memory. According to Bronagh Murphy, the communications manager, the murder of Thomas sent shockwaves throughout the whole Irish community in London, and they have fielded a number of calls from worried pensioners.

The LIC has stood the test of time achieved principally by moving with the times and addressing contemporary problems as they arise. So, for instance, in the early days it was all about getting accommodation and jobs for the new arrivals, whereas current priorities include health and wellbeing, social groups throughout London, a survivor’s project that provides support to former residents of institutions in Ireland and crisis grants to those in dire need.

Education is also high on the agenda with a thriving partnership with the Metropolitan University of London and Irish language and culture classes for all ages, creeds and nationalities.

The excellent leadership of the LIC was recognized by the lord mayor of London, Dublin-born Vincent Keaveny, who awarded the freedom of the city to Ed Sheeran acknowledging his work as charitable patron with the LIC. 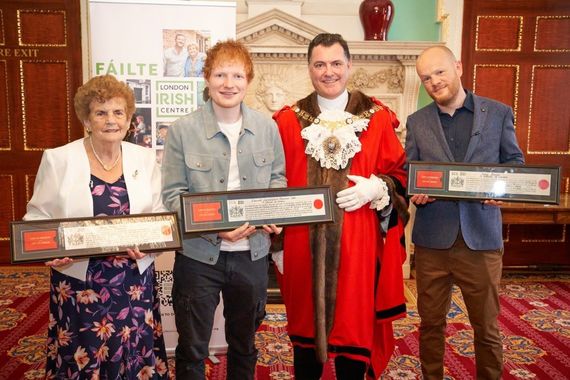 The mayor of London Sadiq Khan has praised the LIC for its work on diversity. In that respect an upcoming event called Reeling in the Queers, a play on the name of a popular Irish TV show named Reeling in the Years, would certainly not have been contemplated for most of the LIC’s history.

While some things have changed others remain the same. The Galtymore in Cricklewood and the Red Room in the LIC were popular venues for social events over the decades. I’m happy to report that the Red Room is as I remember it from 30 years ago with the same red carpet – same color anyway – in place.

A popular venue for concerts, dances and weddings the McNamara Room, to give it its official title, is due a facelift, as indeed is the whole place.  And that is the future for the LIC.  The vision is to create modern, accessible facilities and workspaces with a world-class cultural venue, and a major fundraising drive has been launched.

In common with other centers around the world, the LIC has always proved to be a home away from home for the Irish. Supported by the Irish government and other funders such as the Ireland Funds, the LIC is an invaluable part of the network of support structures that reflect the old Gaelic term meitheal, where the community comes together to help those who need it most.

Heading back to Ireland after my brief visit, I realized that the Irish in Britain are an important part of our history. That our heritage, culture and language are safe in the hands of the next generation who will add their own 21st-century values.

The only problem I had was a strike by train drivers meant that I had to take a flight home.  It was a hassle-free experience from Gatwick to Dublin, proving that you should not always believe the bad news you read about in the papers.

Eyewitness to 9/11- When hell came calling