Vincent Keaveny, who grew up near Ballsbridge in Dublin, is the first Irish person in recent times to become the Lord Mayor of the City of London. 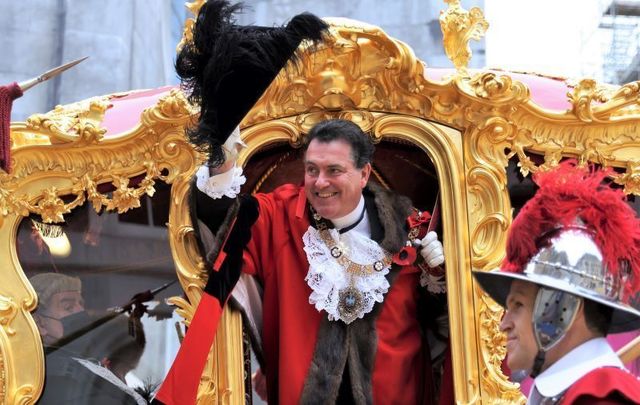 Vincent Keaveny, a native of Dublin, was installed as the 693rd Lord Mayor of the City of London over the weekend.

"Vincent is the first Irish person in recent times to take the role," a spokesperson told RTE News. Other mayors with Irish links included William McArthur, who was born in Co Donegal and assumed office in 1880.

“I am honoured to be elected as the 693rd Lord Mayor of the City of London at such a critical time,” Keaveny said upon his election in September.

“The City will play a key role in addressing some of the major issues of today: supporting the recovery, making the most of talented people across the country and tackling climate change.

“The Square Mile has constantly reinvented itself throughout history to remain a world-leading business hub. We must rise to this challenge once again in the face of changing economic and social trends brought about by the Covid-19 pandemic, while also seizing new opportunities following the UK’s exit from the European Union.”

A partner in the international business law firm DLA Piper, Keaveny will step away from his day job to fulfill the duties of the Lord Mayor of the City of London for the next year. He has taken up residence at London’s Mansion House with his wife, Galway native Amanda, who he married in 1992.

After studying law at UCD in Ireland, Keaveny headed for London in January 1989. “I wanted to spend a couple of years there," he told The Irish Times recently. "The plan was to return. Here I am 32 years later.”

He added: “I probably broke my mother’s heart in the mid-1990s when it became apparent that I was not moving back to Dublin after a spell in London. But she is very proud now.”

Regarding the relationship between London and Ireland, Keaveny told The Irish Times: "The politics have become more challenging and we’re all aware of the issues around the Northern Ireland protocol and the complications of the political situation which that is causing.

"But I see a wider context: those family links, those social links, sporting, cultural links that have been there throughout all of this and in some ways are stronger than ever.”

Delighted and honoured to have just taken office as the 693rd Lord Mayor of the City of London, at the silent ceremony in Guildhall. pic.twitter.com/JuRgtMlZPP

The Lord Mayor of London acts as an international spokesperson for the City, leading business delegations to key international markets on behalf of the UK’s financial and professional services industry.

In the role, Keaveny will meet government representatives from around the world alongside business leaders and policymakers both at home and abroad. He will look to strengthen economic ties with the UK, identify new business opportunities and promote the UK as a top global destination for foreign investment.

The centuries-old tradition of The Lord Mayor’s Show was hosted on November 13, the day after Keaveny took office. The 2021 Lord Mayor’s Procession included full-size model elephants, Japanese drummers, a horse-drawn bus, the tallest fire engine in Europe, and the Lord Mayor’s State Coach, the oldest ceremonial vehicle in the world still in regular use.