The criticism comes after Biden told Pope Francis that he was the "only Irishman you’ve met who’s never had a drink” during a recent visit to Rome. 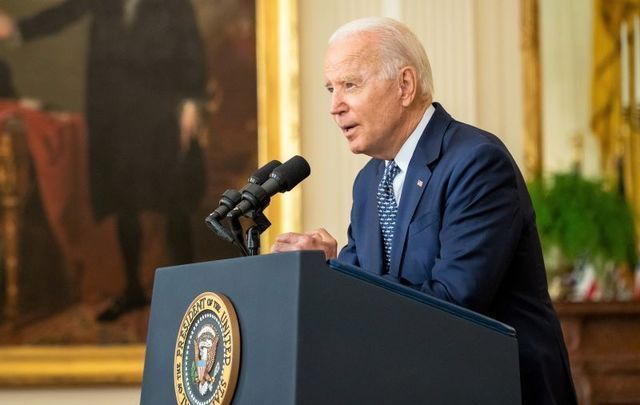 The London-based Sunday Times has accused Joe Biden of paddywhackery and anti-English sentiment.

The criticism comes after Biden’s visit with the pope when he stated after giving the Pontiff a special coin, that there was one condition: if Francis didn’t have the coin next time they met, “you have to buy the drinks”. “I’m the only Irishman you’ve met who’s never had a drink,” Biden said.

The Sunday Times called it “Biden’s crassest paddywhackery since he was on the campaign trail in Iowa in December 2019 and, in response to a question at a forum, declared: “I may be Irish, but I’m not stupid.”

Biden can be anti-English the article stated. It said: “Like many a misty-eyed Irish-American, Biden takes the odd pop at England. During a press conference last March he blamed “the Brits” for his ancestors having to leave Ireland on a “coffin ship”. During the presidential campaign he brushed off a BBC approach for an interview. “The BBC? I’m Irish,” he replied, and walked off.”

The Times claims “there is a growing sense of discomfort when he plays to the Irish stereotype.

Larry Donnelly, a Boston American law lecturer based in Galway, stated people already have tried to tone the president down. “I know, from personal contacts who’ve known the president over the years, that very many people have taken him aside and said ‘you need to stop making these kinds of remarks’. But Donnelly thinks it would make little difference. “It’s just who he is. Taking him aside would be a futile pursuit.”

The Times also took issue with a 2001 Biden statement: “Remember, God protects two groups of people: well-intended Irishmen who are drunk, and the United States of America.”

The Times also took particular issue with what they called ’One of his favorite quotes”.., “We Irish are the only people who are nostalgic for the future”, though it sounds like something the character Michaeleen Oge(sic) Flynn might have spouted in The Quiet Man. “

The Times noted he had one aspect of Irishness he disliked--the Irish wake.

He told Irish America magazine in 1987 that he hated the Irish wake. “You know, everybody sitting there drinking and the corpse in the next room. It’s brutal, when you think about it.”

In defense of Biden, The Times quoted John Deasy, a former TD who was an Irish government envoy to Congress seeking visas for undocumented immigrants, who said: “The fact that Joe Biden continues to identify as an Irish-American is extremely helpful, a huge positive.

Larry Donnelly agrees. “No matter what, Ireland is very lucky to have Joe Biden in the White House. Look how strong he’s been on Brexit and the Good Friday agreement. We couldn’t really ask for any better, despite the fact that sometimes we might be a little embarrassed or even appalled at his off-the-cuff comments.”

The Times notes that “Seth Barrett Tillman, a graduate of the University of Chicago who now lectures in law at Maynooth University, doesn’t think Biden’s comments will hurt him among Irish-Americans. “I think sensitivities with regard to such stereotypes are much greater here in Ireland,” he said. “I don’t think the international community associates what Biden says about Irishness with the Irish state or its people. The Times points out the Pope’s response to Biden’s gift of the coin was noteworthy. “The Irish brought whiskey,” he said.