This Earth Day what better way to do your part for Mother Nature than planting your very own native Irish tree? 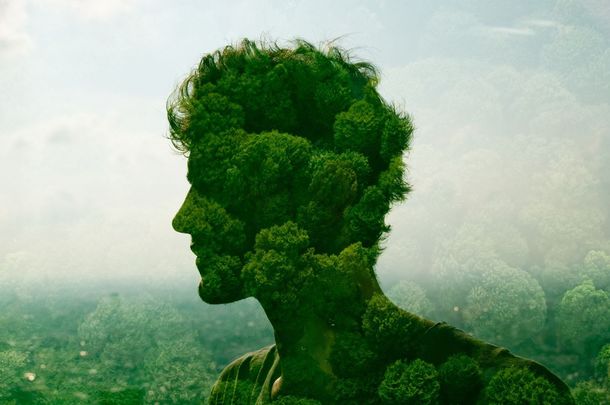 IrishCentral has teamed up with the Tree Council of Ireland to launch Irish Heritage Tree - a program that is planting native Irish trees in beautiful and historic sites in County Tipperary and Cork.

The Irish Heritage Tree program allows anyone with Irish roots to celebrate their ancestral links to Ireland at a location steeped in natural beauty and teeming with wildlife.

John Purcell, who owns the 500-acre organic beef farm near Bansha in Tipperary, told IrishCentral that the farm has seen a surge in wildlife populations since he began implementing environmentally-friendly measures, including the improvement of water quality in the nearby River Fadaghta - the final resting place of one of St. Patrick's teeth, according to local legend.

Purcell installed a wetlands system to filter out nitrogen or phosphate from rainwater runoff before it hit the river, prompting growth in freshwater trout. He has also created several spawning beds on the 1km of the river that flows through his farm to improve reproduction.

Purcell additionally planted 6,500 trees along the banks of the river prior to the Irish Heritage Tree program, encouraging herons and otters to make the area their home.

"Because we don't farm right up close to the river, we've seen a lot of heron and otters," Purcell told IrishCentral. "It would be unheard of to see otters years ago, but the river is quiet, secluded, and a safe area from them."

The Tipperary farmer said that he has seen a surge in the local hare population since the farm went organic in 1998.

"They were hunted for years, so it's great to see them have a kind of sanctuary in our farm at the moment."

He said that he added new beehives to the farm a number of years ago and said that the bees have been a "godsend" in establishing biodiversity on the farm.

"We put new beehives on the farm a few years ago and they've been a godsend for us. They've pollinated our grass and our clovers and helped increase our biodiversity."

Irish Heritage Tree's second plot for planting native Irish trees is located near Drimoleague in the heart of West Cork, which is surrounded by landscapes of immense natural beauty and the surrounding countryside is dotted with ancient ringforts.

Owned by Tim Daly, the farm is a passion project focused on nature and creativity, with rewilding and regenerating the land being of the highest priority. The farm is surrounded by landscapes of immense natural beauty and the surrounding countryside is dotted with ancient ringforts bringing inspiration from a bygone era.

Tim decided not to go down the intensive farming route and is instead focusing on the quality of the land from a nature and biodiversity perspective, with over a quarter of the farm going towards what Tim would deem as “environmentally necessary efforts."

“Our ancestors knew the land and were in touch with nature, but current intensive farming methods seem to have slipped out of kilter from this true balance with nature. With the current state of the world and the environment, it’s important that everyone does their part to help improve things and reconnect with nature, I hope that our project can be an example to inspire others," explained Tim.

Future plans for the farm involve habitat creation to support biodiversity including native Irish woodland, wetland preservation, river habitats, and the creation of water habitats such as ponds and lakes throughout the farm.

This year, 2022 will see the planting of 3,500 native Irish trees on the farm, as well as groundworks to lay the foundations for the next steps in the journey towards a more environmentally conscious and creative future.

There's never been a better time than now to be part of the Irish Heritage Tree Program. Planting a tree, including a certificate of dedication, costs only $69.99 with an additional option to receive your certificate framed for an extra $29.99.

You can help create homes for new wildlife species by purchasing an Irish Heritage Tree this Earth Day.