Our Irish Heritage Tree site in Co Tipperary has a fascinating history and once served as a secret World War II air base. 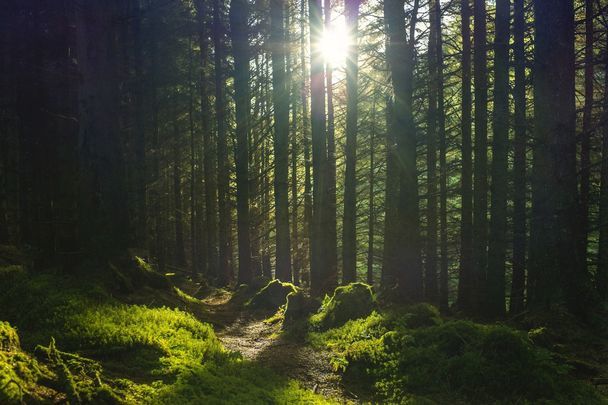 IrishCentral has planted 3,550 native Irish trees at a stunning location in Tipperary. Getty

The Irish Heritage Tree's Co Tipperary location once served as a secret air base during the Second World War.

The Irish Heritage Tree - a program launched by IrishCentral along with the Tree Council of Ireland - has to date planted 3,550 native trees in the Golden Vale of Ireland in County Tipperary and a further 3,550 trees in our newest area near Drimoleague in the heart of West Cork.

The Irish Heritage Tree in Tipperary

The 500-acre organic beef farm is located near Bansha in Tipperary is home to several Bronze Age ringforts, while St. Patrick is believed to have lost his tooth in the River Fadaghta, which flows through a section of the farm.

John Purcell, who owns the 500-acre farm, told IrishCentral that the farm also served as a secret Royal Air Force airport during the Second World War to protect against a German invasion of Ireland.

"The British were very concerned over an invasion because the Germans could use Ireland to attack the UK, so the British, in conjunction with the Irish, asked the Irish Air Corps if could they park some of their planes in secret airports around Ireland, including our farm," Purcell said. "They had up to 16 or 17 planes grounded in our farm and installed a runway."

The planes were kept under netting for several years during the war and RAF pilots would fly them every weekend on test flights.

A Nazi invasion of Ireland never materialized, but an RAF pilot, unfortunately, died in a crash landing at the farm during one of the test flights.

There is no evidence of the secret air base today as the RAF and the Irish Air Corps cleaned up after themselves, rebuilding ditches that they had dug for the runway, but the story serves as yet another reminder of the history that surrounds the Irish Heritage Tree program on the site in Tipperary.