First genetic map of the people of Ireland

Genetics and Genealogy have come together to produce new knowledge on the impact of historical immigration, invasion and plantation. 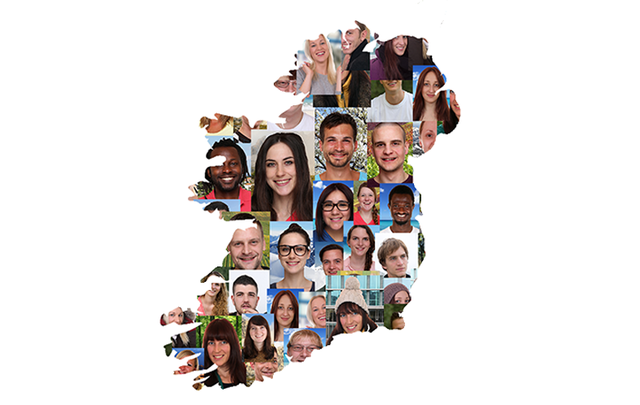 Researchers led by the Royal College of Surgeons in Ireland and the Genealogical Society of Ireland have published “The Irish DNA Atlas; Revealing Fine-Scale Population Structure and History within Ireland” in the journal Scientific Reports.

The landmark study provides the first fine-scale genetic map of the island of Ireland, revealing patterns of genetic similarity, so far in ten distinct clusters, roughly aligned with the ancient provinces as well as with major historical events including the invasions of the Norse Vikings and the Ulster Plantations.

The Irish DNA Atlas project was co-designed by population geneticists and genealogists who came together to collect DNA samples from 196 Irish individuals with four generations of ancestry linked to specific areas across the island of Ireland. Analyses of the DNA, and comparison with thousands of further samples from Britain and Europe, are revealing geographic clusters within Ireland: so far seven of ‘Gaelic’ Irish ancestry, and three of shared British-Irish ancestry.

These findings add to the knowledge base required to improve the diagnosis of diseases where genes play a strong role, particularly for populations of Irish ancestry. Findings from this study will help deliver on the vision of the new FutureNeuro Science Foundation Ireland Research Centre, which is seeking to improve the diagnosis of rare neurological disorders and personalize treatment.

- That prior to the mass movement of people in recent decades, there were numerous distinct genetic clusters found in specific regions across Ireland.

- Seven of those revealed so far are of ‘Gaelic’ Irish ancestry and describe the borders of either Irish Provinces or historical kingdoms.

- The remaining three are of shared Irish-British ancestry, and are mostly found in the north of Ireland and probably reflect the Ulster Plantations.

- There are relatively high levels of North-West French-like (probably ‘Celtic’), and evidence of West Norwegian-like (probably Viking) ancestry within Ireland.

- There is evidence of continual, low level migration between the north of Ireland and the south and west of Scotland.

According to Edmund Gilbert (RCSI), first author on the paper, “Our work informs on Irish history; we have demonstrated that the structure emerging from genetic similarity within Ireland, mirrors historical kingdoms of Ireland, and that Ireland acts as a sink of ‘Celtic’ ancestry. Additionally, we find evidence of a west-Norwegian-like ancestry that we believe is a signature of the Norse Vikings. We also observe the impact of historical events such as the Ulster Plantations on the DNA of the people of Ireland.”

Michael Merrigan (GSI), co-author on the paper, stated “for those interested in genealogy and Irish history, this study challenges many of our received narratives on the origins of the people of Ireland. We now get a clearer, scientifically based, map of the distribution and settlement of our ancestral groups across the island of Ireland.

“Historians and students of medieval Ireland have now a wonderful resource on the movements and interrelationships of our ancestor groups through their DNA.  This opens up many new and very exciting research opportunities for many disciplines, especially, those researching the Irish medieval genealogies and the history of Irish clans/septs.”

Prof. Gianpiero Cavalleri (RCSI), who directed the research, stated “for our study design to work, it was vital for us to collaborate with the Genealogical Society of Ireland. They helped us reach the very specific cohort of people needed: people who could demonstrate that all 8 of their great-grandparents had been born within 50km of each other. This has allowed us to create a genetic map for the Irish population, with resolution similar to that recently drawn for England. Whilst we are delighted by what the study to date has revealed, this is a live study; the more people who participate the greater resolution we can achieve."

According to Sean Ennis (UCD ACoRD and Genomics Medicine Ireland), co-author on the paper, “Having a genetic map of the Irish Population will be invaluable in future studies of the genetic component of some common diseases in the Irish population, especially those diseases which show a difference in prevalence rates across the Island of Ireland.''