Guess what? It was not the much-discussed, rural red-state Americans who provided the swing vote here. It was the Irish and other ethnic Catholics. 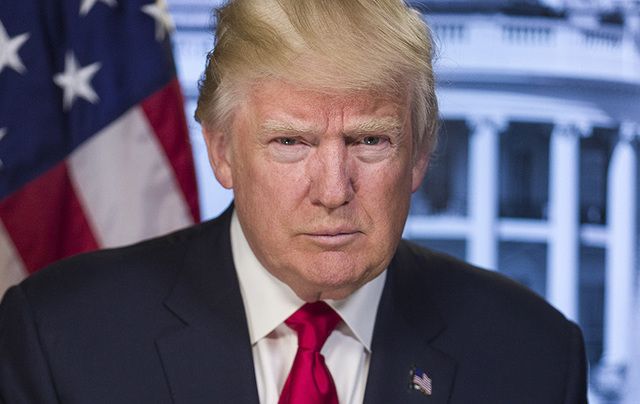 Maybe we all have some Donald Trump in us.

When I read a recent essay in The New York Times Magazine, I thought, even when the mainstream media admits messing up…they mess up the effort to correct the first mess-up!

I am referring to Rick Perlstein’s essay, “I Thought I Understood the American Right.  Trump Proved Me Wrong.”

Perlstein begins by outlining the commonly-understood roots of the Republican/conservative movement in America.

At this point, conservatism was unpopular.  And things did not look much better by 1964 when unabashed conservative Barry Goldwater ran for president and was crushed.

But, as Perlstein writes, “Goldwater’s loss…inspired a new generation of conservative activists to redouble their efforts, paving the way for the Reagan revolution.”

Perlstein hints at the role ethnic Catholics played.  The problem is, he does so in a way that is confusing, even contradictory.  He and most other historians never grasp that the Irish and broader Catholic immigrant experience changed America fundamentally.  For better and worse, it must be added.

Perlstein should have considered looking at Catholics more closely when he wrote about the 1920s.  He acknowledges that the Ku Klux Klan of the 1920s was fiercely anti-Catholic as well as anti-immigrant.

Klan “doctrines,” Perlstein notes, actually “included support for public education.”  Why? This would “weaken Catholic parochial schools.”  Perlstein doesn’t mention that the Klan launched a civil war within the Democratic Party in 1924 and again in 1928, over efforts to nominate Al Smith, a New York Irish Catholic, for president.

So, Catholics were victims of bigotry in the 1920s.  But wait. At around the same time, Perlstein also notes that Catholics committed awful acts of right-wing bigotry.

So, were American Catholics the oppressor or the oppressed?  They were both.  They were stuck in a precarious middle, without the true power of the WASP elite, but with more clout than, say, African Americans, still under the brutal thumb of Jim Crow.

To some degree, this is where Catholic Americans remain. They are the ultimate swing vote and have been for 75 years.

In the 1930s, when Franklin Roosevelt wooed ethnic Catholics, he was able to win support for his New Deal proposals which radically changed the American government and helped America dig out of the Great Depression.  One reason Catholics were receptive to the New Deal is because Irish-dominated political machines created the blueprint for such social programs.

So where does Trump fit into all of this?

Perlstein writes, “The 1960s and ’70s New York in which Donald Trump came of age… [set] the emotional tone for a politics of rage.”

Perlstein writes of conservative “rage” in a Queens bar, and of angry rallies by cops and construction workers.  One historian dubbed the kind of anger sweeping through many big cities in the 1970s “hard-hat populism.”  This was central to the election of Nixon, Reagan and, eventually, Trump.

Guess what?  It was not the much-discussed, rural red-state Americans who provided the swing vote here.  It was the Irish and other ethnic Catholics living in and around big Northeastern and Midwestern cities.

Those very targets of the Klan who made the New Deal possible now had very different thoughts about the government and the oppressed, in part precisely because of their assimilation experiences.

You can say that’s a good thing or that’s a bad thing.  But historians like Rick Perlstein first have to acknowledge that it’s a thing.