What the British really think about Northern Ireland

Queen Elizabeth and Prime Minister Johnson's statements on Northern Ireland's centenary could not have been more out of touch with reality. 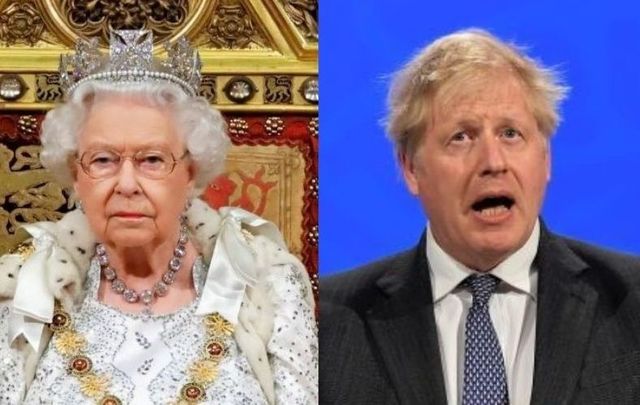 The partition of Ireland occurred 100 years ago when the entity of Northern Ireland was created on May 3, 1921.

In reference to it, Queen Elizabeth issued a statement this week which said in part, "Across generations, the people of Northern Ireland are choosing to build an inclusive, prosperous, and hopeful society, strengthened by the gains of the peace process.”

U.K. Prime Minister Boris Johnson said that this year, the British government would showcase “all the brilliant things that Northern Ireland contributes to Britain and the rest of the world.”

It would be hard to find two statements more out of touch with reality concerning the Northern state.

The Queen’s alternate words might have been, “Her Majesty is delighted that after 50 years of only one Catholic in government and one piece of legislation (about wildfowl) ever passed by the nationalist party and massive gerrymandering to ensure unionist hegemony and pogroms to clear Taigs out of Protestant areas, The Troubles broke out but now things are getting better.”

She should continue, “We should not be forgetting the fact that one man one vote was only conceded when The Troubles started and that massive discrimination in housing policy and employment continued until very recently, but happily things have started to get better.

”I am delighted to note that Northern Ireland’s next unionist leader looks likely to be Edwin Poots, a fundamentalist young Earther advocate who believes more Catholics than Protestants got the coronavirus, that gays should have to attend conversion school, and that gays not be allowed to give blood. Other than that, he seems a fine fellow.”

And Johnson might have added, “Thanks to my ramming through the Brexit accord and inflaming Irish, Scottish and Welsh nationalist feeling, we are now in a situation where matters have reached yet another dangerous impasse.

“The Scottish elections later this week may presage the breakup of the United Kingdom thanks to my Brexit policy as the Scottish Nationalists look certain to triumph bigly, as my friend Donald Trump might say.

“Alas, even the Welsh are beginning to stir with a recent poll showing approval for Welsh independence at 35 percent up from single digits a few years ago.

“I also apologize, as many British prime ministers should have done before with similar issues, for hoodwinking the unionists in Northern Ireland that there would never be an Irish Sea border when in fact there is, and they can sod off as far as I'm concerned.”

The Queen might have added, “This anniversary is a timely reminder that we are spending over $11 billion a year subsidizing this little state which remains the most impoverished in the United Kingdom.

“There is zero chance of new investment with loyalist troubles stirring and a long, hot summer ahead.

“As your Queen, I ask that no violence take place, but given the imminence of the marching season, I am by no means convinced that will be the case.”

And back to Boris, who’d like to add, “On this unique anniversary, I give my word that there will not be a border poll for a very long time, and, as you know, I can absolutely be trusted to keep my word as my unionist colleagues understand.”

Perhaps they could have concluded jointly. “There is no question in our minds that Northern Ireland will remain British, at least before the next border poll that will show nationalists outranking unionists for the first time.

“But as we did with Brexit, you can take our word there will never be a change in the status of Northern Ireland on our watch. And by the way, London Bridge is for sale.

*This editorial first appeared in the May 5 edition of the Irish Voice newspaper, sister publication to IrishCentral.