After Boris Johnson's comments, Ireland's Minister for Foreign Affairs said a border poll is up to the people, not politicians. 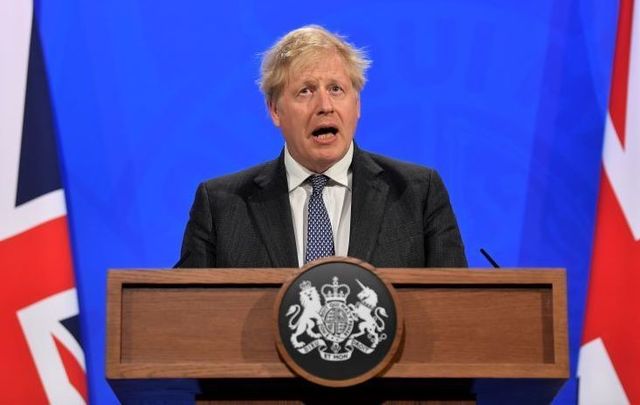 Johnson, a self-described "proud unionist," discussed the idea of a border poll on the island of Ireland with the program's host Mark Davenport.

Davenport asked: “Something else that’s there in the Belfast / Good Friday Agreement is the provision for a border poll. Whilst you’re Prime Minister, are you ruling out a border poll on your watch?”

The 1998 Good Friday Agreement states "...But if the wish expressed by a majority in such a poll is that Northern Ireland should cease to be part of the United Kingdom and form part of a united Ireland, the Secretary of State shall lay before Parliament such proposals to give effect to that wish as may be agreed between Her Majesty’s Government in the United Kingdom and the Government of Ireland."

“I see no - I don’t think the Secretary of State [of Northern Ireland] is going to be in that position, not as far as I can see, for a very, very long time to come.

“I would rather that we all thought collectively not about what we could do to split ourselves apart from each other but what we can do together.

“If we knock this thing into shape so that we end these ludicrous barriers permanently - I mean we’ve got rid of them temporarily, we get rid of them permanently - East-West, we can continue to have free trade North-South, then you’re in a world where Northern Ireland is actually able to benefit massively from things we want to do in the UK whilst not losing access to the whole of the Irish market as well.”

Despite Johnson’s sentiments, a poll commissioned by BBC NI’s Spotlight program found that most respondents believe Northern Ireland would no longer be a part of the United Kingdom within 25 years.

In Northern Ireland, 37% of people surveyed told the pollsters they would like to see a border poll within the next five years, whilst a further 29% want it to happen at some point after that.

Nearly half, 48%, in Northern Ireland agreed that the partition of Ireland and the creation of a land border 100 years ago was "a negative development which should be regretted."

A day after the BBC Spotlight program aired, Ireland’s Minister for Foreign Affairs Simon Coveney said that the matter of a border poll is up to the people, not politicians.

“Ultimately, if a majority of people in Northern Ireland, through various indicators, want to see change, under the Good Friday Agreement, there is the responsibility of the Secretary of State to respond to that,” Coveney said.

“So, this is a people’s choice, not a Prime Minister’s choice or a Taoiseach’s choice.”