US liberals and conservatives have both messed up over immigration

The good news? These may seem like wild and crazy times but we have, in fact, been through much of this before... 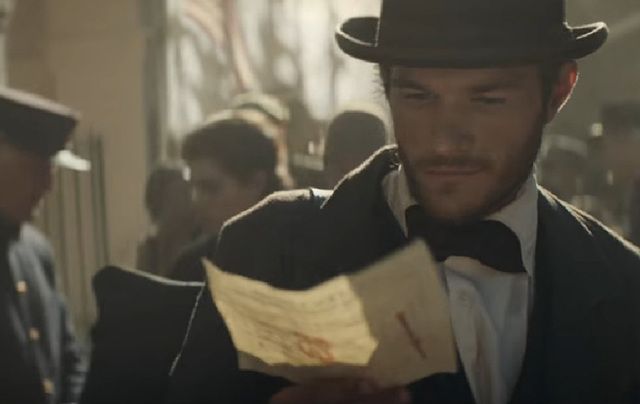 The good news? These may seem like wild and crazy times but we have, in fact, been through much of this before.

For what it’s worth, both liberals and conservatives can shoulder plenty of blame for the mess the debate over immigration has fallen into.

Where to begin?  Beer, of course!

Kudos to Budweiser for placing immigration at the center of its recent Super Bowl ad campaign.  The much-discussed commercial tells the story of Augustus Busch, who came to the U.S. from Germany and helped found the beer behemoth that makes Budweiser.

The 60-second ad features bigots hurling insults at the cowering Busch.  Given that many Americans today are quite comfortable with such anti-immigrant rhetoric, it was pretty bold of Budweiser to take what appears to be a stand of behalf of immigrants.

Which makes it all the more comical that the company claims it’s a non-partisan ad that takes no stand.  They are either very naive or not very bright.

Or maybe they are just very American.  The sad truth is that most people feel past immigration has little to do with today’s immigration. We have terrible amnesia -- on the right and left -- when it comes to immigration in this country.

Look at the cover of the current New Yorker magazine.  It is the Statue of Liberty’s torch, snuffed out.  The light of hope for immigrants finally extinguished.

Anyone ever heard of the 1920s?  Native-born Americans did a fine job slamming the door back then when they passed a slew of laws restricting immigration.

This is where liberals mess up. They always want to believe whatever horror the right wing has cooked up is “unprecedented” and changing “who we are” as a nation.

The trouble is, progressives themselves don’t have much use for pre-1960s immigration.  All those Irish and Italians and Poles, they were all so very Catholic and their kids and grandkids grew up to be cops and plumbers and kind of racist.  And they moved to boring places like the suburbs.  Today’s immigrants are (apparently) much more exotic!

If you want to have fun with a liberal, try to get them to square away the sympathy they feel for Muslim immigrants with the fact that some folks practice that religion in a kind of, you know, sexist, homophobic, narrow-minded way.

Then again, so do some Catholics!

As for my conservative friends, what can I say?  You are a patriot who seems to despise America.  And you are a hypocrite if you are a third generation Irish American and you glorify in Donald Trump’s neo-nativist rhetoric.

Or if want to boycott Budweiser.  Yeah, that’s a thing.  An idiotic thing.  But a thing.

For the record, everybody who gets all heated up about this should read a little book that just came out called Expelling the Poor.  Its author told The Atlantic magazine this week that Trump’s anti-immigrant executive orders were not unprecedented, and were, in fact, just like state laws that targeted the Irish.

“The critical turning point came in the 1840s and ’50s, when a large number of impoverished Irish immigrants arrived in the United States. New York and Massachusetts were two major receiving states. They responded by enhancing and strengthening their laws to more effectively restrict the immigration of poor Irish people,” he said.

“These laws were targeted against poor immigrants, rather than against all Irish immigrants. …  But at the same time, such policy would not have developed if there was no strong cultural and religious prejudice, especially against Irish Catholics.”

So, liberals, by all means, fight on, but don’t be so naive about the past.

And conservatives, we let your family in, didn’t we?  We survived.  Didn’t we?

By the way, what is the exquisitely Hibernian name of the fellow who wrote about the Irish in Expelling the Poor?  Hidetaka Hirota.

You gotta love America.  Don’t you?