Our hypocrisy is astounding as POTUS is trying to protect Americans against acts of terrorism. 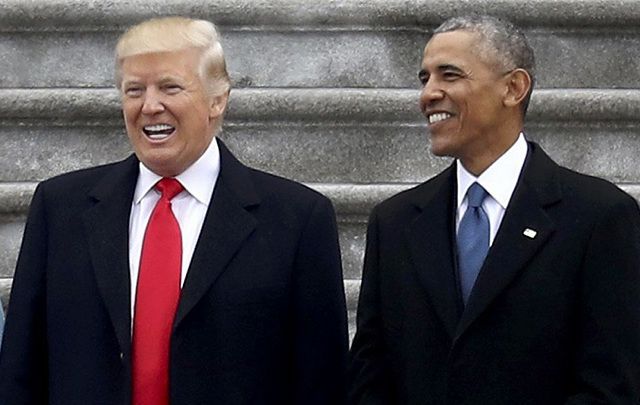 Donald Trump and Barack Obama at the inauguration on Jan 20. ABC

Donald Trump is trying to protect the American people against future acts of terrorism and all the left can do is abuse him.

Given the actions of their own leaders the hypocrisy is astounding.

When Barack Obama banned refugees from Iraq in 2011 there was not a peep from the same perpetrators today who see Trump as the anti-Christ.

A 2013 ABC News article reported, “The State Department stopped processing Iraq refugees for six months in 2011, federal officials told ABC News – even for many who had heroically helped U.S. forces as interpreters and intelligence assets.... An “Iraqi who had aided American troops was assassinated before his refugee application could be processed, because of the immigration delays”

Where was the outrage then?

Donald Trump criticized President Obama in 2011 for not getting out of Iraq sooner https://t.co/SNAQzUGUL4 pic.twitter.com/Myu5edLJ7G

And whose State Department issued the following rules concerning a ban on visas from Iran? “The Secretary of Treasury [State] and the Attorney General will invalidate all visas issued to Iranian citizens for future entry into the United States, effective today. We will not reissue visas, nor will we issue new visas, except for compelling and proven humanitarian reasons or where the national interest of our own country requires. This directive will be interpreted very strictly.

That would be President Carter in 1980.

And what about the sainted FDR? Franklin D. Roosevelt’s order to detain U.S. citizens and non-citizens of Japanese descent during World War II is one of the greatest blots on the international reputation of the USA.

But back to the most recent former president.

When Obama deported a record number of Mexicans and widened the definition of criminal behavior again not a word from the Obamanauts, secure in their prejudices about the great unwashed who opposed the great man.

Eventually Frank Sharry, of America’s Voice, a leading pro-immigration group, said Obama had thrown the immigration movement “under the bus” – and he had been one of Obama’s greatest supporters.

When Obama drew the red line in the sand in Syria and said Assad and his men could not cross after they used horrific chemical weapons to kill 1,400 civilians he failed to follow up. Hundreds of thousands of Syrians had to flee because they had believed Obama’s assurance that he would protect them. Ergo, the Syrian refugee problem.

When Obama withdrew the last US troops from Iraq prematurely and sparked a new round of ethnic fighting that led to ISIS no one on the left excoriated him, even though it has led to an existential crisis.

When children’s hospitals were precision bombed in Aleppo in 2016 and refugees murdered by the thousands Obama, like Pontius Pilate, washed his hands of the entire affair and pled ignorance, allowing the Russians to run the show. And the media thinks Trump will be soft on the Russians? 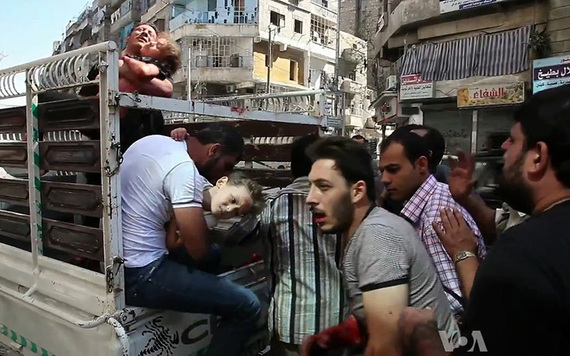 So what can Donald Trump do that can be half as bad? The last two presidents – Bush who ignited the Iraqi fuse and Obama who failed to extinguish it – are far more culpable than Trump will ever be for the massive flow of refugees.

Trump, as usual, handled the executive order with the grace of an elephant trying ballet, but it should not remove the reality that he is only doing what his predecessors did and were never criticized for. In fact, he has far greater grounds for doing it.

As for the Irish protesting, gimmee a break from the country that refused any Jews safe haven during the Holocaust and offered condolences when Hitler died.

At least Trump has never deported a citizen of America, something the Irish did in 1933 when they deported Irish-born Jimmy Gralton back to America where he had returned from for spreading left wing views.