Irish American federal judge described as “an extremely intelligent, deliberative and conscientious person uniquely unswayed by anything other than justice.” 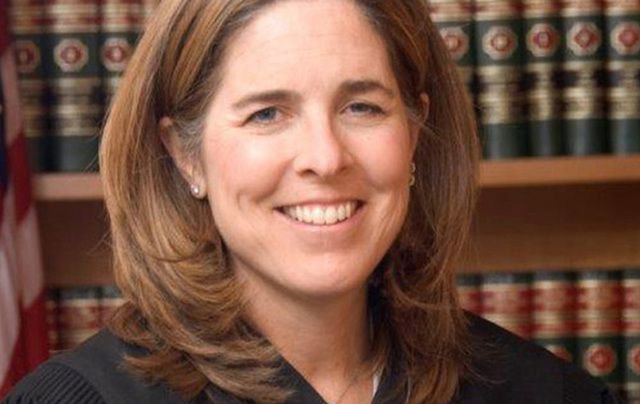 Ann Donnelly, the Irish American federal judge who stayed the Trump executive order that banned immigrants from seven Muslim countries has been described as “an extremely intelligent, deliberative and conscientious person uniquely unswayed by anything other than justice,” by former colleague Adam Lankler.

The daughter of Mary and Jack Donnelly became famous as the first judge to block Trump’s order.

Democratic politicians have been full of praise for her long before Saturday. "Her reputation is legendary," Senator Chuck Schumer (D-NY), who proposed President Obama nominate her to the federal bench, said at her confirmation hearing. "When you mention her to anyone who served in District Attorney Morgenthau's Office, they will tell you that she was one of the best admired people there."

The federal judge blocked part of President Trump’s executive order on immigration on Saturday night. Her decision was hailed by thousands of protestors and media outlets nationwide.

Donnelly formerly worked in the Manhattan district attorney’s office, where she was one of the lead prosecutors on the high-profile Tyco International fraud trial.

That case involved the prosecution of Dennis Kozlowski, the Tyco chief executive, who was convicted in 2005 for stealing nearly $100 million from the company. He served six and a half years in prison.

Following the verdict on the executive order she received widespread praise from friends and colleagues interviewed by the New York Times.

“Today, Judge Donnelly stated in unequivocal terms that this administration – one with no apparent historical and constitutional rudder – will not go unchecked or unbalanced,” said Eric M. Arnone, a criminal defense lawyer in Manhattan who formerly worked with her.

Judge Donnelly was chosen by President Obama as his nominee to the United States District Court for the Eastern District of New York.  She was confirmed by the Senate in a 95-2 vote in 2015.

Previously she worked as a prosecutor from 1984 to 2009 where she handled the child abuse and assault division. Linda A. Fairstein, who worked with her, told the New York Times: “I worked with a lot of great lawyers in public service. There is a fairness about her to the core that is just extraordinary.”

Thank you Judge Donnelly !! You have upheld the constitution today and America thanks you !! #muslimban #RefugeeBan #RefugeesWelcome pic.twitter.com/KKy9VV3n4h

Judge Ann Donnelly ruled correctly and courageously. Expect the Trump gang to trash her mercilessly but know their whining will be meritless

YES. Brooklyn Judge Donnelly "the stay is GRANTED" in case re: #RefugeeBan #MuslimBan. Never underestimate the power of the people.

Daniel J. Horwitz, who worked in the district attorney’s office from 1991 to 2000, described Donnelly in a message as “tenacious, exceedingly bright but eminently fair with an even temperament.”

He added, “She’s exactly the type of judge you want to appear in front of.”

Cyrus R. Vance Jr., now the Manhattan district attorney, who worked as an assistant in the office with Donnelly was also highly complementary.

“Anne has tried every kind of case as a judge and a prosecutor, is a truly experienced and tough trial lawyer, and still remains one of the most genuinely good and nice people I know,” Mr. Vance said in a text message early Sunday. “The federal bench is lucky to have her and I miss her as a state court judge in Manhattan.”

Judge Donnelly, who was born in Royal Oak in the suburbs of Detroit, received her law degree from Ohio State University's Moritz College of Law in 1984. The Donnelly roots go back to Donegal and Tyrone. The name in Gaelic means “valor.”