From its very birth, America has been a nation of immigrants that has battled against immigration. 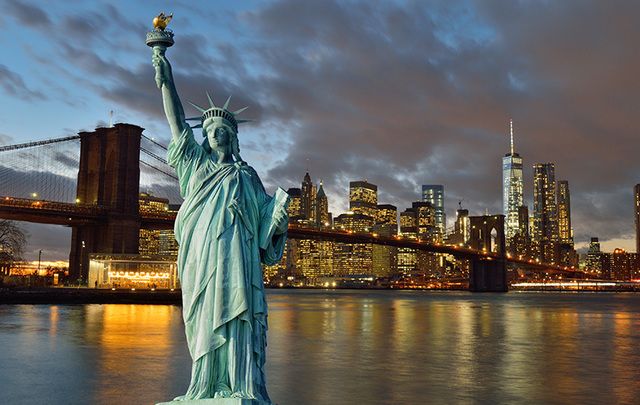 This weekend marks 100th anniversary of the Immigration Act of 1917. iStock

From its very birth, America has been a nation of immigrants that has battled against immigration. The Irish know this. The Alien and Sedition Acts at the end of the eighteenth century and the hostile actions of nativists and the Know-Nothing party in the mid-nineteenth century sought to stem the human tide from Ireland.

The tide was far too strong, of course, and the Irish had a sufficient grip on their American existence by the time the first broadly restrictive immigration act came into force a century ago this past weekend.

The Immigration Act of 1917 came into effect on February 5 that year, after Congress overrode a veto by President Woodrow Wilson.

The Irish were not the prime target of the 1917 act but were certainly included in its crosshairs if they happened to stray into them.

Mostly, it was aimed at southern and eastern Europeans.

It also targeted people from Asia Minor and Asia, hence the act is also known as the “Asiatic Barred Zone Act.”

The tripwire in the act was literacy, which was used broadly in addition to what would be to today’s world an astonishing list of inadmissible persons.

The literacy test had cropped up in numerous immigration proposals beginning in the 1890s.

President Wilson thought the idea unfair as, in his view, a literacy test was a litmus test of availability of education, and not necessarily ability.

Woodrow Wilson disapproved of literacy tests in determining a person's right to immigrate to the US.

Those who were determined to be "mentally defective" and "persons with constitutional psychopathic inferiority" could also be homosexual persons who revealed their orientation to immigration authorities.

The literacy test was aimed at anyone over sixteen.

The "Asiatic Barred Zone" included much of Asia and the Pacific Islands.

Earlier legislation stretching back into the 19th century had particularly targeted immigration from China and Japan, though Japanese immigration (as well as immigration from the Philippines) was not included in the Barred Zone list of nations and regions.

Immigration from Canada and Mexico was treated with relative leniency, though in the case of Mexicans, the 1917 act ended the waiver of a “head tax” that had previously not been applied to Mexican immigrants.

The recent executive orders by President Trump banning travel and refugee flow from seven designated Muslim-majority countries, while significant, might not match in scope and reach that which emerged from Congress a hundred years ago.

But the 1917 act and the 2017 orders are, for sure, kindred spirits, though, in the case of the former, the justification was a fading form of what some viewed as American purity, while in the latter case the reasoning is justified on the basis of national security.