Were Unionist leaders too bigoted to realize Brexit brings a united Ireland closer?

The Ulster Unionists and their Tory friends hoped Brexit would strengthen Partition but it has actually weakened it. 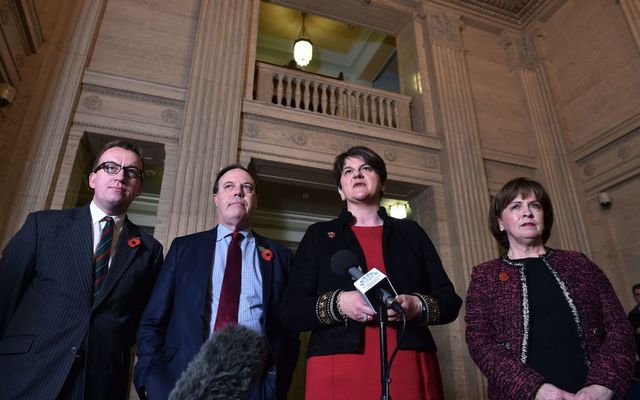 The Ulster Unionists and their Tory friends hoped Brexit would strengthen Partition but it has actually weakened it.

If it wasn't so serious, the madness of the Brexit pantomime would actually be comedy gold. It has given us so many theatrical claims, counterclaims and most of all the rich ironies.

The greatest irony, surely, is that, in the end, the crunch came on Northern Ireland, the very issue and territory that the Brexiteers had so blithely ignored. This, even though the North was a war zone within the UK for 20 years, a conflict only ended by a hard-won but still-fragile peace underwritten by an international agreement.

Even more ironic is that probably deep down many Unionists went for Brexit as they thought it would deepen Partition. But the very opposite has happened. Brexit has actually eroded the Partition and division of Ireland and loosened the unity of the UK.

This is all because the European Union decided to insist on a seamless Border between the Republic and the North of Ireland, so as to protect the Good Friday Agreement (GFA) which, let's be honest, the EU hadn't shown a whole of interest in up to recently.

Senator George Mitchell was at the helm of the peace agreement. Image: RollingNews.ie.

Remember, the Good Friday Agreement was brokered by the Americans, with Senator George Mitchell at the helm.

The Irish Government couldn't believe their luck with this EU stance and weighed in behind Brussels – not the other way around – and all the cards fell their way. Or our way, if we were to be patriotic about it.

But it was a surprise. After all, the EU could actually have insisted on a hard border; to protect the EU. This would have been the more logical and brutally pragmatic thing to do. But no, they went along with the idea that one customs post would revive the paramilitaries and before you know it, it would be all-out terrorist war again. Which is actually baloney and always was. 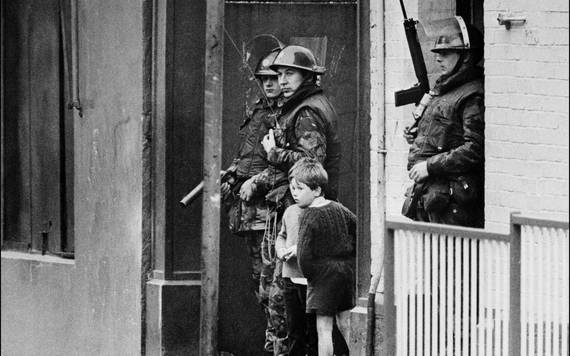 But it worked. And it was a stick to beat the British with it, as they stumbled so ungratefully out of the EU nightclub. And the Brits still haven't found their way out of it, despite the beating.

No wonder the former British Brexit Secretary Dominic Raab has said: “There were certainly dark forces in the commission, which you would hear rumbling that Northern Ireland was the price the U.K. must pay for leaving the EU.”

Read more: Exclusive: Irish people want a United Ireland, see a referendum in the next 10 years

Former #Brexit secretary @DominicRaab : “There were certainly dark forces in the commission, which you would hear rumbling that Northern Ireland was the price the U.K. must pay for leaving the EU.” pic.twitter.com/2GR2DV0W9K

Raab is probably right. But its no more than the British deserve for their utter indifference regards Northern Ireland from the start of Brexit, and even before.

And even more so, its no more than the Democratic Unionist Party deserves for their utter disregard and lack of respect for the views of their nationalist neighbors and co-partners in a divided community.

Let's be honest: the DUP were never happy with the Good Friday Agreement or with the growing links to the Republic and anything that would stop that was seized on.

Granted, many of the DUP are also in the right-wing Tory ideological camp anyway, in terms of issues, and deep Euroscepticism is part of that. But there was also a feeling of “we'll go with the UK, away from the EU and from the Republic of Ireland,” regardless of what the nationalist population of our troubled Statelet thinks.

This was incredibly irresponsible, and selfish. 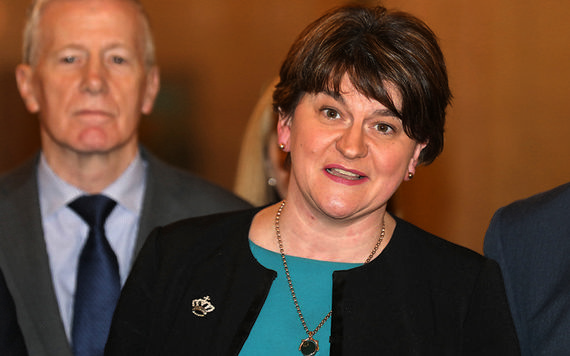 It also shows how little the DUP has done to build on the cold peace recently created in the North. It reminds one of the old sayings, after the ceasefires of the 1990s, that “it looks like Sinn Féin (or the IRA) has lost but they're too cute to admit it, and that the Unionists have won but they're too stupid to realize it!”

This tribal attitude is certainly why many Unionist voters themselves went for Brexit although, of course, many didn't. But those that did also apparently felt that Brexit would make them more British and less European and less close to southern Ireland and that would be a good thing – regardless of the economic cost.

But now that the scale of that cost has been revealed, many of them are changing their minds.

On an agricultural program on Irish radio last weekend, there was a fascinating focus on Ulster farmers. Many of them were Unionists and many of them are now openly expressing some regret over the hardline DUP stance.

According to the UK’s Public Accounts Committee, The UK’s Department of Agriculture is “too complacent” about the levels of disruption #Brexit could cause. @DefraGovUK https://t.co/ry9IwQWDSk

Meanwhile, the DUP leader Arlene Foster, incredibly, has been criticizing the Northern Ireland business community after they had urged her to sign the current Brexit deal on offer. But this is because this business community wants what's best for Northern Ireland, and for all of the people there. Whereas Arlene and her DUP crew have used Brexit for age-old tribal purposes, and for driving a wedge between the two parts of Ireland – a selfish plan that has completely backfired!

Now, as Boris Johnston has correctly claimed, the EU has a say over the border in Ireland and can decide on how much of a border it should be. This is incredible when you think back a few years to how far away and hands-off the EU used to be. Arlene and Boris (and former UK premier David Cameron) should have never taken the Brexit genie out of the box. Its implications for Northern Ireland and for the long-term evolution of its relationship with the Republic and with an increasingly disinterested London will be fascinating to watch.

Who would have thought that Brussels would do more for Irish unity than a thousand bombs or bullets, or speeches indeed?