RTÉ cites two inside sources who have said that an agreement on the Irish border as part of Brexit has been reached. 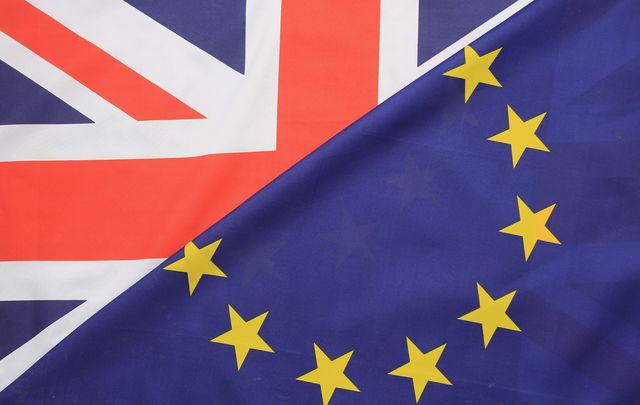 Brexit's Irish border agreement has been agreed upon Getty

Sources say an agreement has been reached, but negotiations have not concluded

A Brexit agreement that prevents a hard border between Ireland and Northern Ireland has been reached, according to RTÉ.

RTÉ reports that EU and UK negotiators agreed to a text regarding the Irish border around 9 pm local time on Monday night. The so-called “stable” text has been transmitted to Downing Street, but will likely require more “shuffling’ between London and Brussels.

Two sources told RTÉ that while the text is currently "stable," it does not mean that Brexit negotiations have concluded.

According to RTÉ, “The backstop will come in the form of a temporary UK-wide customs arrangement, with specific provisions for Northern Ireland, which go deeper on the issue of customs and alignment on the rules of the single market /than for the rest of the UK.”

“While the main backstop focuses on a UK-wide customs arrangement, there will be specific provisions within the text and within annexes for Northern Ireland, should the UK-wide arrangement not prove sufficient to avoid a hard border.”

While RTÉ is reporting the news, many government leaders have yet to confirm or comment on the developing matter.

A spokesperson for Taoiseach Leo Varadkar said: "At the moment there is nothing confirmed ... as far as I am aware there are still a number of matters outstanding in the Withdrawal Agreement.”

Similarly, Tony Connelly of RTE tweeted that Tánaiste Simon Coveney said that negotiations have “not concluded.”

Latest: Statement from a spokesman for @simoncoveney

“Negotiations between the EU and U.K. on a Withdrawal Agreement are ongoing and have not concluded. Negotiators are still engaged and a number of issues are outstanding. We are not commenting further on leaks in the media."

In London, Prime Minister Theresa May has summoned an emergency meeting of cabinet ministers.

A spokesperson for Downing Street said: “Cabinet will meet at 2 pm tomorrow [Wednesday] to consider the draft agreement the negotiating teams have reached in Brussels, and to decide on next steps.”

“Cabinet ministers have been invited to read documentation ahead of that meeting.”