Three fascinating Irish Americans pass away in one week

We’re a far more interesting country because the O’Briens, Cullinans, and Coynes left Ireland for America. 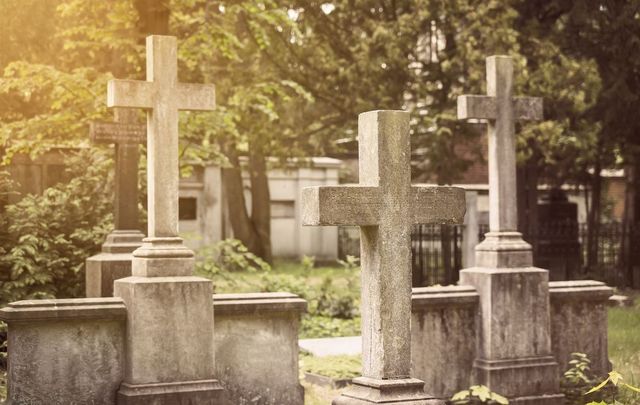 It was a rough week on the obituaries beat. But it turns out you can tell a sizable chunk of the Irish American experience -- the good, the bad, and the ugly -- through the lives of three fascinating people who died this week.

First, there’s Chuckie O’Brien. It was a fitting end to a supremely colorful life that O’Brien lived long enough to finally see "The Irishman" hit big and little screens, after years of delays.

Read More: Is Martin Scorsese's The Irishman all a lie?

O’Brien was a close associate of Jimmy Hoffa’s, and for years was dogged by rumors that he played a central role in Hoffa’s disappearance. That is certainly strongly hinted at in the Hollywood movie which recently earned 10 Oscar nominations.

O’Brien was born in Kansas City, son of an Irish American who was an associate of Midwestern mobster and political operative Charles Binaggio, who was close to Kansas Irish kingpin Tom Pendergast.

O’Brien lived a similar life, blurring the line between politics and crime. A figure such as Chuckie O’Brien reminds us of what the Irish had to do, the moral corners many cuts, to make it in America.

Too many folks these days have bought into the lie that yesterday’s immigrants set foot on Ellis Island and magically became 100 percent that law-abiding Americans. And they are upset today’s immigrants lack such magical powers. Consider the angry letter published this week on the New York Daily News Voice of the People page.

“Can you tell me who won the American Best Picture Award? I was not aware that the Academy changed the rules so that American films are shut out,” wrote Staten Islander Gary Perl, angry that the South Korean film Parasite won the big movie prize. “Scorsese and his epic should have won, unless South Korea gave its Best Picture award to The Irishman.”

So, the movie about criminal immigrants from Ireland and Italy -- who don’t even always speak English! -- is the patriotic “American” movie. Got it.

At the other end of the spectrum, there is writer Elizabeth Cullinan, who died at the age of 87. Cullinan “helped redefine Irish American literature,” according to The New York Times, which added, “Irish themes -- including domineering matriarchs, dutiful daughters and the rituals of Catholicism -- pervade Ms. Cullinan’s work, and she often wrestles with issues of Irish American identity… Her protagonists were typically young women who spurned their mothers’ examples of domesticity, enjoyed professional careers and led transgressive lives in secular Manhattan.”

Cullinan is criminally under-read these days, though to be fair, she only ended up publishing to major novels and two story collections. But she paved the way for literary stars like Alice McDermott and Mary Beth Keane. And where Chuckie O’Brien’s life reminds us of the fine line between the cop and the criminal, Cullinan’s stories are reminders of more quiet compromises -- the sometimes beautiful, but often painful demands that assimilation made. Cullinan worked at the genteel New Yorker, which eventually published many of her stories, creating the impression that she was a well-born matron. But as readers of books such as House of Gold well know Cullinan was Bronx Irish, clearly haunted by the power of class, religion, and status.

Read More: Why don't people in Ireland consider an Irish American to be Irish?

Finally, we lost Father George Coyne, one of eight Irish Catholic children from Baltimore who went on to become a Jesuit priest and director of the Vatican Observatory.  Not only does Coyne represent the centrality of Catholicism in the Irish American experience, but he also shattered stereotypes that religion and science were incompatible.

"One thing the Bible is not," he said in 1994, "is a scientific textbook. Scripture is made up of myth, of poetry, of history. But it is simply not teaching science.”

We’re a far more interesting country because the O’Briens, Cullinans, and Coynes left Ireland for America.