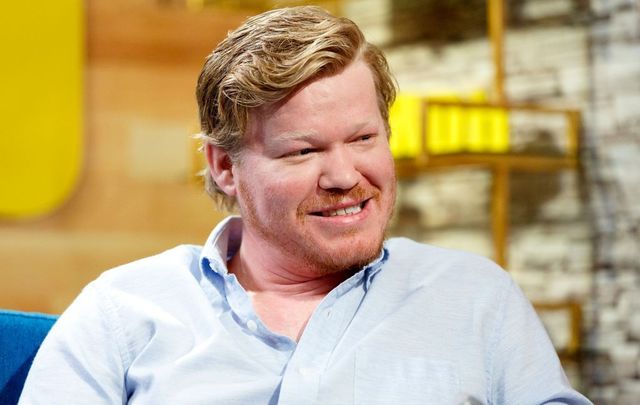 It just so happens this week I finally got around to watching El Camino on Netflix.

That’s the movie that explains what happens after Walter White ... well, I guess I shouldn’t spoil things.  If you haven’t yet gotten around to watching the excellent AMC series Breaking Bad, then telling you about El Camino is a bad idea.

Anyway, what you need to know is that El Camino picks up after the very eventful conclusion of Breaking Bad.  But there are also flashbacks. One of them involves a white supremacist named Todd Alquist, played by Jesse Plemons.

It’s difficult to imagine a white supremacist you might feel sympathy for—or just straight up feeling confused about. And yet, somehow, Plemons manages to pull this off.

Perhaps one of the reasons—let’s be honest here—we feel some sympathy for Alquist is because Plemons is such an, um, interesting looking actor.

In other words, he is not Brad Pitt. You would not look at this guy and say, “Oh, yeah, this guy should definitely be an actor.”

And that’s what you are likely to say if you go see the much-hyped—mostly deservedly so—new movie "The Irishman."  There is so much going on in this movie, and not just because it runs around 210 minutes, and, you know, there is a lot of time to kill.  No.

There really is a lot of interesting stuff going on with immigrants from Italy and Ireland, whose children came over here and got caught up in a lot of dodgy stuff, from labor unions to organized crime.

This may be why you if you are like me, will sit through "The Irishman" feeling slightly confused.  You know the titular Hibernian is Frank Sheeran, played wonderfully by Robert De Niro, and you will figure out quickly that the person who causes him the most grief in the film is Jimmy Hoffa, played wonderfully and loudly by Al Pacino.

Read more: All you need to know about Martin Scorsese's "The Irishman"

There is a courtroom scene in which Pacino secures a victory and effusively—and loudly—thanks a rather unorthodox looking fellow who he treats as his son.  The fellow is played by the aforementioned Jesse Plemons. This fellow is named Chuckie O’Brien and, later in the movie, plays a central role in a scene that does not end well for Hoffa.

Begging the question: Uh, what’s up with this Chuckie O’Brien dude?  Is he the second most important Irishman in, you know, "The Irishman?"

Well, it’s kind of a long story, just like "The Irishman."

“On June 16, 1975, when I was 12 years old, my mother, Brenda, married Charles ‘Chuckie’ O’Brien, who a few weeks later would become a leading suspect in the notorious disappearance of Jimmy Hoffa, the former president of the Teamsters union.”

So begins a recent excerpt, in The Atlantic of Jack Goldsmith’s new book "In Hoffa’s Shadow: A Stepfather, a Disappearance in Detroit, and My Search for the Truth."

Goldsmith has gone on to accumulate a bunch of fancy-schmancy titles. He is a professor at Harvard Law School as well as a senior fellow at the Hoover Institution. He even worked as an assistant attorney general in the George W. Bush administration.

But way back when, according to underworld lore, his Irish American pops was killed on a picket line right next to one Jimmy Hoffa.  Or he was abandoned by his pops, who may or may not even have actually been Irish.

He might have taken on the moniker to either hide his Italian origins or to fit in with the shady Irish guys who dominated the mid-West underworld which shaped Chuckie and Hoffa.

Either way, Hoffa was compelled to take this foundling under his wing and raise Chuckie as his own son.

We do know Chuckie’s mother, Sylvia Pagano, had serious Mafia connections, which helped Chuckie land a job as a truck driver. Chuckie eventually hoped to follow in his adopted father’s footsteps and become a bigwig in the Teamsters union.

Instead, he settled for helping make Hoffa a big deal.  And then helping to make him vanish.