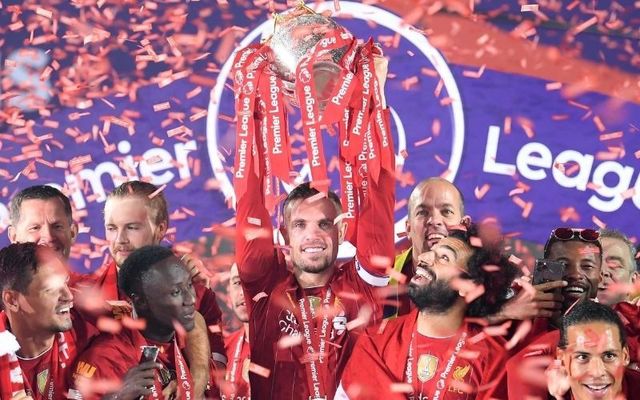 30 years. That’s how long it has been. All through secondary school. All through college. All my years in America. I have suffered. At the start of every season I have always been full of hope. Every year I dreamed.  This was our year. But rather than celebrating at the end with Queen and “we are the champions”, it was more Johnny Logan and “What’s another year”. It’s been 30 years. I am a long suffering Irish Liverpool fan living in Florida.

There have been good days. And there have been great days. The treble-winning season, the Miracle of Istanbul, and the Lazarus like performance against Barcelona. Yet something has always been missing. The reality is that it has been 30 years.

We have come close. 2013-14 was the year when we all believed. It was all too real. It was close enough to taste. The dream appeared to be close to becoming a reality and then it all slipped away. I cried that day. Even now I struggle to watch back the moment of the slip. Our captain, our leader. That would have been 24 years, now it is 30.

Monday mornings were always the same. You would spend most of the season competing, walking into school with a spring in your step sharing with all around that our time had come, and then inevitably when it was mathematically impossible, the digs would come in. Saturday afternoons following another defeat growing up was spent in isolation with a pillow over my head lying on the bed. The close ones always hurt and yet looking back, it is hard to believe 30 seasons have passed by. I was 12 when we last won the league in 1990. Yet here I am, older and wiser. They say you mature, and kids give you perspective. I hear people tell me that it’s only a game. But still, all these years later, I still get giddy the night before one of the “big” games. I still feel the nervous tension in my stomach for every 90 minutes, and I still try to kick every ball that I feel that I could do better with.

Liverpool were always winning when I was young, and another league title always appeared to be right around the corner. I wasn’t one of those typical bandwagon supporters. My aunt grew up and raised her family in Norris Green Liverpool and with cousins across the water, family ties with the city were always strong. How could 39 years have gone by so quickly?

There are many more important things in life than football, yet it still brings us so much joy. I proposed to my wife with the words, “stick with me and you’ll never walk alone”. I wore a Liverpool jersey under my shirt, waist jacket and jacket the day of my wedding in 90 degree Floridian heat. When I was young at home in Cork, every weekend would be shaped by watching the games or most likely listening to the BBC commentary from my Dad’s car radio. There was many a cold winters night spent listening to the games live, with wild celebrations running up and down the garden when a goal went in.

Times have changed now. Living in Florida means the games can start as early as 7 in the morning. Now I roll out of the bed. The traditional nerves leading up to the game have been replaced by the rush to get the spot on the couch and the TV before the kids wake up. As a result, I am typically stranded with watching the game on my phone, unless it’s a “big one”. I have seen teams come and go. We have always been close to the top but not close enough. United have always been there, but where on earth did Chelsea and Manchester City come from! Arsenal killed the dream on more than one occasion. But how on earth are there teams like Blackburn and Leicester above us as winners of the Premier League? It’s been 30 years.

They have tried everything to deny us. We have encountered the unimaginable. Who would have foreseen a global pandemic? It’s been 30 years.

Last month, we won, we watched from our homes. We remembered the good days and the bad.

But for one small moment, amidst the chaos of COVID-19, our dreams have come true. For one small moment, there was no pandemic, no unemployment, no struggles, no worries. There was only joy, pure unbridled joy. Then there was a moment to pause and reflect. There were some tears, but this time they were tears of joy. And then, after our coronation as champions, a new chapter has started, and after suffering for 30 years the true glory days have returned. Thanks to social media, it will be a great summer. And then in September, we will kick off another season once more and the nerves and tension will return. I have managed to wait 30 years for this one, and I’m going to enjoy every moment. I can only hope that it will not take 30 years again.