The "Irish insurrectionists" that have been more or less forgotten

Ahead of January 6, Tom Deignan on the Irish Americans who were at the center of a revolution that never quite came off and then was more or less forgotten. 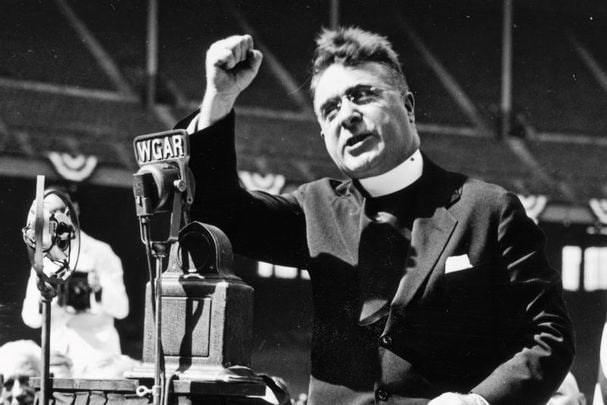 Believe it or not, somehow we are coming up on the one-year anniversary of the January 6 insurrection at the U.S. Capitol.

To mark the occasion, The Atlantic just published a long, scary article entitled “Trump’s Next Coup Has Already Begun,” in which author Barton Gellman declares, “January 6 was practice. Donald Trump’s GOP is much better positioned to subvert the next election.”

Gellman later adds, “Trump has reconquered his party by setting its base on fire. Tens of millions of Americans perceive their world through black clouds of his smoke. His deepest source of strength is the bitter grievance of Republican voters that they lost the White House, and are losing their country, to alien forces with no legitimate claim to power.

“This is not some transient or loosely committed population. Trump has built the first American mass political movement in the past century that is ready to fight by any means necessary, including bloodshed, for its cause.”

That’s not quite true.

Not all that long ago, a clique of devout Irish Catholics began stockpiling weapons and ammunition, and even began plotting something of a government takeover, albeit what they called a “temporary” one.

In January of 1940, FBI agents actually broke up this ring of rabid anti-Communists, which is the focus of a fascinating new book called The Nazis of Copley Square: The Forgotten Story of the Christian Front by Father Charles R. Gallagher.

Irish Americans such as John F. Cassidy in New York and Francis P. Moran from Boston were at the center of this revolution that never quite came off, and then was more or less forgotten once the U.S. got involved in World War II.

Cassidy, Moran, and others were inspired by yet another Irish Catholic, famed “radio priest” Father Charles Coughlin, who was listened to by millions in the 1930s, even as his diatribes against communism veered deeply into anti-Semitism.

“The people who formed the Christian Front saw themselves as the advance guard in a holy war against Communists and Jews, groups whom they perceived as one and the same,” writes Gallagher, who teaches at Boston College.

“Coughlin, the most famous priest of the 1930s, was the spiritual leader of the (Christian) front, but he did not work alone,” Gallagher writes.

“Father Edward Lodge Curran of Brooklyn and Edward F. Brophy of Queens both dedicated their energies to building up the Christian Front in New York, and Boston from 1938-1945. The Jesuit Michael Ahern of Boston played a key role in preserving the front when it was under threat.”

All in all, Gallagher sheds valuable light on one of the darkest episodes in Irish American history.

“It is not incidental that Moran, Cassidy, Coughlin, Curran and Brophy, along with many of their enablers in government and the American Catholic hierarchy, were of Irish descent. Their primary motivations were religious, but they also felt a powerful animus toward the British, owing to centuries of Irish suffering on the orders of the Crown and Parliament.”

All of this eventually caught the attention of J. Edgar Hoover and the FBI. According to Gallagher, the Christian Front’s file at the FBI eventually swelled to some 2,500 pages, “equaling (the size) of its file on Martin Luther King Jr. and the Southern Christian Leadership Conference.”

Gallagher says that the Christian Front investigation was ultimately “one of the three largest the bureau ever undertook.” The front had plans to install what they called a “temporary dictatorship,” believing Jewish Communists were too powerful in the U.S. government.

All of this raises disturbing questions about the American past, and our often rosy images of the good old days.

A fine companion-listen to Gallagher’s book is a new podcast called Radioactive: The Father Coughlin Story, hosted by journalist Andrew Lapin, and released by Tablet magazine.

That is, if you can handle all of this dark material. Given what happened about a year ago, I think we have no choice.