The ramifications of Brexit continue to resonate. The situation in Northern Ireland has undergone a transformation this week. 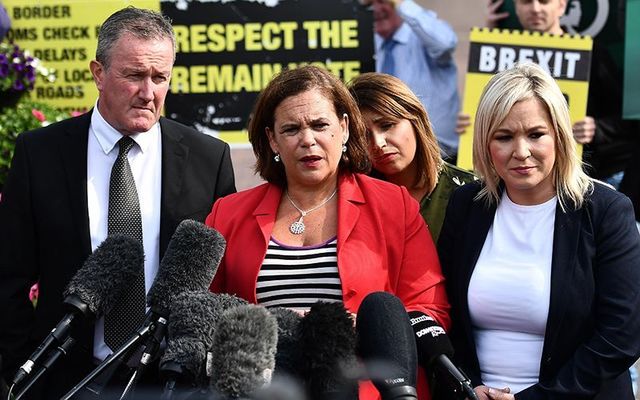 The ramifications of Brexit continue to resonate. The situation in Northern Ireland has undergone a transformation this week with the announcement of tactical voting by Sinn Féin and the SDLP to ensure victory in several key seats in the upcoming U.K. election on December 12.

If those victories occur, the new British Parliament will have a much stronger anti-Brexit component from Northern Ireland than the Democratic Unionist Party (DUP) dominated one in the last Parliament.

The DUP successfully hijacked Brexit and played a very significant role in providing enough seats to keep the Tories in power.

The coverage of the DUP, especially in the British papers, seemed to make clear that they were the dominant voice in Northern Ireland and spoke for the majority there.

Because of Sinn Féin’s misguided philosophy of abstentionism, the party’s voice was not heard in one of the most critical debates of the modern era.

The plain facts are that the anti-Brexit vote in Northern Ireland, at 56 percent, was 12 points higher than the pro-Brexit total, yet the DUP succeeded in winning all the attention and all the political power.

The decision to stand aside in three constituencies by Sinn Fein in next month’s election was a brave one, as is a similar choice by the SDLP.

The most militant DUP supporter of Brexit is Nigel Dodds, the leader of the Westminster delegation of the party. He has barely won elections in his North Belfast constituency, and in his last election, he won by only 2,000-odd votes.
The SDLP total in that constituency is also 2,000 votes, meaning a ferocious battle lies ahead, but one that anti-Brexit forces can win which had looked highly unlikely.

Then there is the fascinating seat in North Down, where a moderate independent unionist, Lady Sylvia Hermon, faced a very tight battle to retain her seat. But we will now witness the extraordinary fact of Sinn Fein stepping aside to keep her in power. (Lady Hermon has since announced she will be standing down as an MP, however.)

Likewise in South Belfast, the DUP had retained the seat due to a split in the nationalist vote which will now not occur on this occasion as the SDLP will have a clear run.

There is one other seat in East Belfast where Alliance Party leader Naomi Long could conceivably win if nationalists do not put forward candidates.

The political positioning by Sinn Fein is very interesting. Unable or unwilling to tackle the issue of abstentionism, the party has done the next best thing and ensured a much higher anti-Brexit vote, and more candidates elected than would have been the case if they competed in all the districts.

Such votes may be critical in the next Parliament as the easy victory anticipated for British Prime Minister Boris Johnson is now in question, with the announcement by Nigel Farage that his Brexit Party candidates will contest just about every constituency in Britain.

Farage wants an alliance with the Tories, but Johnson knows well he will lose the floating Liberal Democrats and Labour Party vote if he allies with Farage.

If somehow Johnson is beaten, there should also be a tip of the hat for President Trump whose intervention last week in favor of a Johnson/Farage pact went down like a lead balloon.

Johnson can no longer depend on a solid unionist block, but he had already made clear by his actions that the retention of the union is not his major priority. Exiting Europe is.

Meanwhile, the Labour Party will see its best chance in a coalition with the Scottish nationalists who also voted against Brexit and are determined to go for a second referendum on independence because of how they have been treated.

So what looked like an easy election victory for Johnson is suddenly in doubt, while all has changed utterly in Northern Ireland. December 12 promises to be one of the most interesting days in the history of British politics, and a huge question remains as to whether the union will survive.