Even unionists believe a united Ireland is closer. 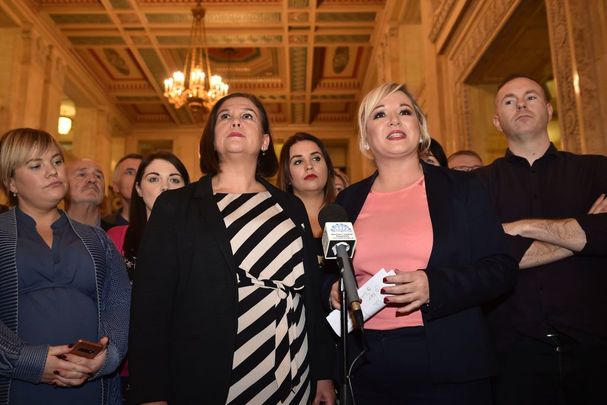 A new London Sunday Times poll taken in Northern Ireland reports that a united Ireland is far more likely within ten years because of Brexit.

The key finding was that “two out of three voters (65%) said they believed Brexit would make it more likely that Northern Ireland would vote to join a united Ireland within 10 years, while just 9% thought it made it less likely and 19% felt it would have no impact.”

Even unionists (those who support the union with the United Kingdom) believe a united Ireland is closer. The Times writes: “About 39% of unionist voters felt a united Ireland would be more likely under Brexit, while 33% felt it would make no difference and 15% said it was less likely.”

Sinn Féin vice-president Michelle O'Neill said that she believed a united Ireland poll was closer than ever thanks to Brexit.

“Everything is moving in that direction. I believe it was moving there even before Brexit, but clearly Brexit has become a catalyst for it," she said.

The poll also found that contrary to Democratic Unionist Party (DUP) assertions, the numbers who wish to remain in the EU rather than leave has skyrocketed to 72 percent from 56 percent in the original referendum.

Those poll results were part of LucidTalk's Northern Ireland-wide 'Tracker' poll for October and were reported in the Sunday Times.

Around 63% of voters felt that the DUP had used the wrong tactics with the British government in being so hardline in their approach to Brexit.