How to have an Irish Mother's Day

This Sunday, March 22, is Mother's Day in Ireland, where we take our Irish Mammies fierce seriously! Here's how, and why, we celebrate. 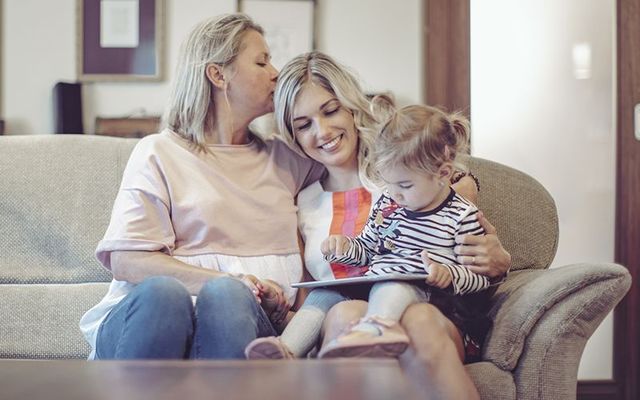 This Sunday, March 22, is Mother's Day in Ireland, where we take our Irish Mammies fierce seriously! Here's how, and why, we celebrate.

The Irish mother, while sometimes an intimidating figure – especially when it comes to her son’s girlfriend! – is much revered in Irish culture.

In Ireland, people don't celebrate Mother's Day in May. They celebrate in March on Mothering Sunday.

The history of Mothering Sunday

The Irish stay true to the custom's history by celebrating Mother's Day on the fourth Sunday of Lent. Whereas, in the United States we celebrate it on the second Sunday in May.

The history of celebrating Mother's Day in Ireland can be traced to medieval times where children from poor families were sent to work as domestic servants and apprentices in rich homes.

Once a year, in the middle of the Lent, the children were given one day off to visit their 'Mother Church' and worship the Virgin Mary at special masses which would be held in honor of Mary, the Mother of Christ.

After visiting the Mother Church or Cathedral of their hometown, these children visited their mothers and presented them with flowers they picked along the way.

The practice died out in Ireland around the late 18th century but was revived - with help from the Americans - after World War II.

Today, it’s modernized much in the same way as it is in the U.S. with flowers, gifts and special meals.

Many Irish still stick to traditions, however, and they are:

- The mother gets to stay in bed and is given breakfast there by her adoring children.

- She is allowed to pick her favorite restaurant, no surprises like for her birthday

- If there are young babies involved, Dad takes over the chores of diapers etc.

- In the old days, a trip to "the cinema" was considered a great treat.

- Kids are dressed in Sunday best.

- And if you want to say Happy Mother's Day in Irish, all you need to write is: