Lent, which begins today with Ash Wednesday, has been of national significance in Ireland for hundreds of years. 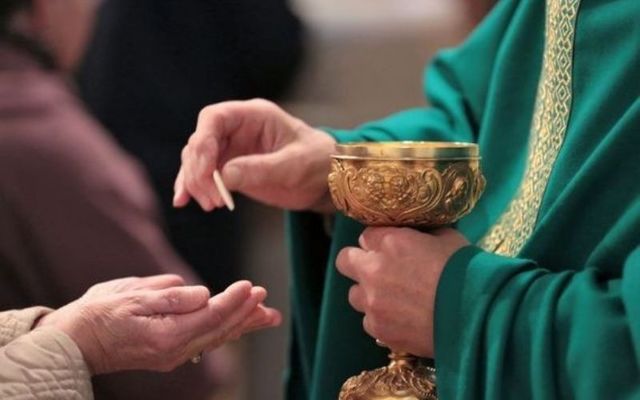 Lent, which begins today, has been of national significance in Ireland for hundreds of years. Getty

Lent is officially upon us with Ash Wednesday and during the next 40 days most of us (come on now), will trip up at some point on our resolutions but what about our Irish ancestors?

That forbidden chocolate/coffee/nightcap can prove all too tempting, and many of us just don’t have the discipline to make it through to the big day. The Irish haven’t traditionally been found wanting where willpower’s concerned, however.

As a predominantly Roman Catholic country, Lent has been of national significance in Ireland for hundreds of years. A quick look at the newspaper collection on Findmypast qualifies this - the Waterford Chronicle reported on 25 February 1860:

“The Chapels of our city were densely crowded with the Faithful, anxious to commence the Holy Season of Lent by participating in the religious ceremony of the distribution of the Blessed Ashes.”

Depending on the area, these ashes were made either by burning the previous Sunday’s palm leaves or scraped from the remains of families’ turf fires. Whatever their providence, they were daubed on every forehead as a point of devout urgency.

This marked the beginning of almost six weeks of strict abstinence. This was no private nod to the calendar, newspapers even printed Lenten regulations. Everyone had to abide, and the call went far beyond abstinence from a treat or two.

According to tradition, children older than seven were not allowed milk during Lent. Younger children had only a little, and babies were to cry “three times” before they received any milk on fast days. Even the babes were tougher than your average adult today.

Examples of these regulations can be gleaned from a number of late 19th-century Irish publications, which published the dictates of Paul Cardinal Cullen, Archbishop of Dublin, &c. Primate of Ireland as a matter of course.

This has been abbreviated from lists printed with various adaptations in the Cork Examiner and Dublin Courier (in 1859 and 1870 respectively) - though it appeared in myriad publications over those decades:

• Persons bound to fast are allowed to take only one full meal, of meager fare. (You were also allowed a small snack, but you had to remain hungry at all times).

• We grant permission to use flesh meat in Lent at one principal meal only, on Sundays, Mondays, Tuesdays, Thursdays, and Saturdays.

• Drunkenness, a vice degrading in itself, and the occasion of innumerable evils, the reading of lascivious poetry and romances, immodest representation in degraded theaters, improper dances, so repugnant to the purity of the Christian morals, are to be avoided, not only during Lent but at all times.

* The polka was singled out as particularly offensive.

• Eggs are prohibited on all Fridays and the first and last Wednesdays in Lent; on all other days, they are allowed to those who are bound to fast, at the one principal meal.

• Fish and flesh meat cannot be used in the same meal on any day during Lent.

• Persons under their twenty-first year, broken down by old age, suffering from sickness, or engaged in hard labor are exempted from fasting. Such as require a dispensation, can apply to any of the parish priests, provided there be just reasons for doing so.

• Dispensations obtained without proper cause are to no avail. (So unless you actively opted out, you were in for the ride)

• The faithful are exhorted to sanctify this holy season by prayer ... for forty hours.

• The faithful are exhorted to pray for the welfare of the Pope, now a prisoner in Rome, and to beg of God to deliver him from the hands of his sacrilegious enemies. (The faithful were also required to pray for France.)

• During Lent works of piety and charity are to be performed … such as providing a Catholic education for Catholic children, thus preserving them from the immeasurable evils of mixed schools.

Have you ever upheld any of the above practices during Lent? Let us know about it in the comments section, below.