"Billy the Kid" the eight-part mini-series has enthralled US audiences, here we look at the Wild West outlaw's strong Irish roots. 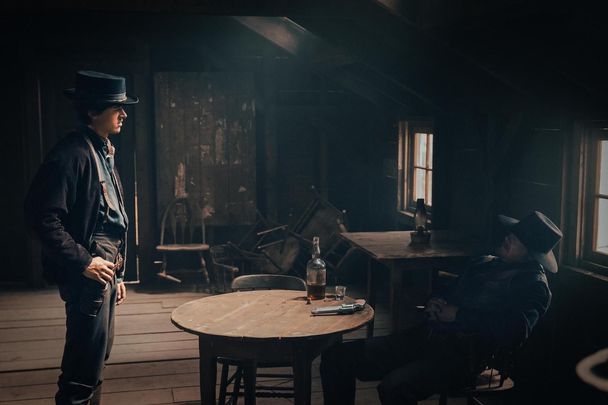 A still from the Epix series "Billy the Kid". Epix

As the Tom Blyth mini-series drama, "Billy the Kid" blows up on TV we look at the outlaw's strong Irish roots that date back to Ireland's Famine in the 1800s.

It is said that when Pat Garrett finally tracked down and killed the outlaw Billy the Kid, in 1881, a subtext of the killing was the Irish identity of the two famous protagonists.

Pat Garrett was the grandson of Irish immigrants while Billy the Kid, whose name is really McCarty, both of whose parents came from Ireland.

Little is known about McCarty's origins, but many reputable scholars of western history "contend that he was born on the eve of the Civil War in the bowels of an Irish neighborhood in New York City at 70 Allen Street."

While his biological father remains an obscure figure, some researchers have theorized that his name was Patrick McCarty, Michael McCarty, William McCarty, or Edward McCarty. 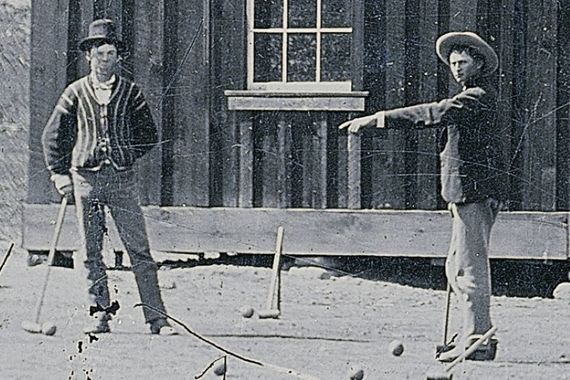 Photo of Billy the Kid.

There is clear evidence that his mother's name was Catherine McCarty, although "there have been continuing debates about whether McCarty was her maiden or married name".

The most reputable accounts say, McCarty was born as William Henry McCarty, Jr., but his mother preferred to call him "Henry" because she did not wish him to be known as "Junior".

By 1870 Catherine McCarty had moved with her two young sons, Henry and Joseph, to Indianapolis, Indiana.

There, she met William Antrim, who was 12 years her junior. In 1873, after several years of moving around the country, the two were married at the First Presbyterian Church in Santa Fe, New Mexico, and settled further south in Silver City

McCarty's mother reportedly washed clothes, baked pies, and took in boarders in order to provide for her sons. Although she was fondly remembered by onetime boarders and neighbors as "a jolly Irish lady, full of life and mischief", she was already in the final stages of tuberculosis when the family reached Silver City.

She never lived to see her son become the best-known outlaw in the West and a legendary figure in American history, one who has been wronged by that same history and is now, hopefully, about to finally receive a pardon.