This grandmother and family did not react well at all to this well-known Irish name for her grandchild. What do you think? 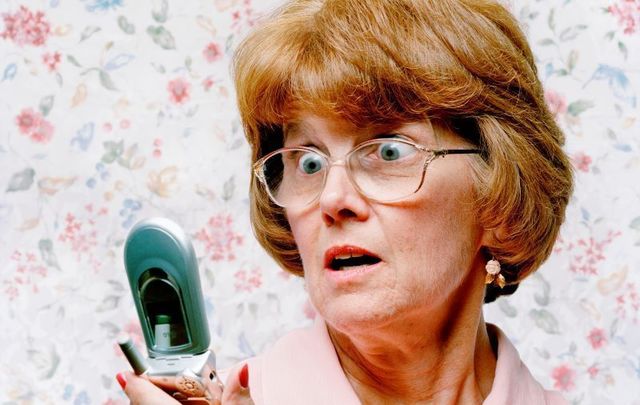 A Reddit post by a hoping-to-be-Mom, whose partner is Irish,  garnered huge attention because of the fact that her family totally rejected the quite popular Irish baby name the couple had picked.

Choosing a baby's name is not an easy job. Parents want to choose something that'll suit the child, something that special to them, and also something that reflects their family heritage in many cases. However, this Reddit user was pretty surprised by her family's reaction when she and her partner chose the popular Irish name, Saoirse.

Posted on the sub-Reddit "AmItheA***ole", back in 2021, with the tag "Not the A-hole", this anonymous author explained that "We decided not to tell anyone the names until our baby was born and already had it on the birth certificate (because what can they say at that point?)."

However, she continued "my mom found my list of girls' names and spread our top choice around to the whole family who hates it."

As the woman explained her "partner is Irish, and we both love the name Saoirse (Ser-Sha)."

She added, "There’s a famous actress with the same name so we didn’t think it would be a huge deal."

On the contrary, this woman's mother told her that if she gave birth to a little girl and named her Saoirse she would call her "Sushi".  The entire family then jumped on board and started harassing the poster.

She wrote, "Honestly, I know I shouldn’t stress too much as there’s a fifty-fifty chance I’ll have a baby boy anyway, but the discourse around the name has really started to aggravate me and the idea that my kid is going to be bullied by my whole family because she has an Irish name is getting under my skin."

Her mother asked if she'd gotten a positive pregnancy test yet. Her daughter responded "no", to which the mother said, "well let’s hope it’s not a girl because she’s Sushi to me."

"I flat out told my mother I don’t care for her opinion as she has s*** taste in names anyway."

As the crew from CafeMom point out a name like Saoirse really wouldn't bat an eyelid in Irish strongholds like Boston or New York. And perhaps, the family in question just needs a little time to get used to the Irish name.

What's behind the Irish name Saoirse?

Here's a little back story on this highly contentious name, according to this poor lady's family.

Saoirse is an Irish female given name which became popular in Ireland in the 1920s. The word saoirse, in the Irish language, means "freedom". It was first adopted during Ireland's War of Independence, the Irish Republican Army fought the British for the liberation of the country from Britain's rule.

Of course, although it's a beautiful Irish name, few had heard of it until the rise to fame of Saoirse Ronan, the four-time Oscar nominee, who was born to Irish parents in New York before being brought home as a baby and raised in County Carlow.

Ronan certainly showed her influence when in 2016 the name Saoirse was listed on the US Top 1,000 names as the third-fastest-rising girls' name.

Here Saoirse Ronan talks about the meaning and pronunciation of her name:

Well, what do you think? Do you like the name Saoirse?... Or would you go for Sushi?