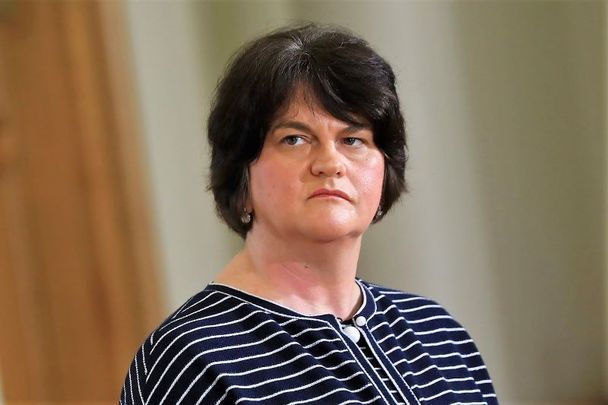 Arlene Foster, head of the DUP and First Minister of Northern Ireland. RollingNews.ie

The Northern Ireland Protocol, which saw the establishment of a trade border in the Irish Sea from January 1 this year, was a last-minute resolution in the run-up to the Brexit EU-U.K. trade deal to avoid the thorny Irish border question and to minimize disruption to cross-border trade between the North and the Republic.

However, the new regulatory and customs processes now required to bring goods into Northern Ireland from the rest of the U.K. have triggered lengthy delays at the province's ports and sparked shortages of supplies in supermarkets.

Senior Democratic Unionist Party (DUP) figures and unionists are also increasingly fearful that the establishment of the protocol, which was co-brokered by British Prime Minister Boris Johnson, threatens the province's future as part of the United Kingdom.

The DUP leader said she was joining with "like-minded" unionists in a legal challenge, unless alternative trade arrangements were put in place.

The publication notes that a separate group of DUP members is also preparing to mount a series of legal challenges to the protocol.

However, the DUP's position has been heavily criticized outside the unionist community, with one prominent nationalist politician describing the legal move as "ill-judged.”

SDLP leader and Foyle MP Colum Eastwood said, "There will be few with sympathy for the argument that the protocol, which prevents a hard border in Ireland and guarantees dual market access for local businesses, breaches the Good Friday Agreement."

Taoiseach Micheál Martin also urged the DUP to "dial down" the rhetoric, adding that the party's position on the protocol was "disappointing."

"They certainly did not consent to the arrangements for those checks being determined by a power over which we have no democratic say."