My Northern Irish accentus: with a song in my speech 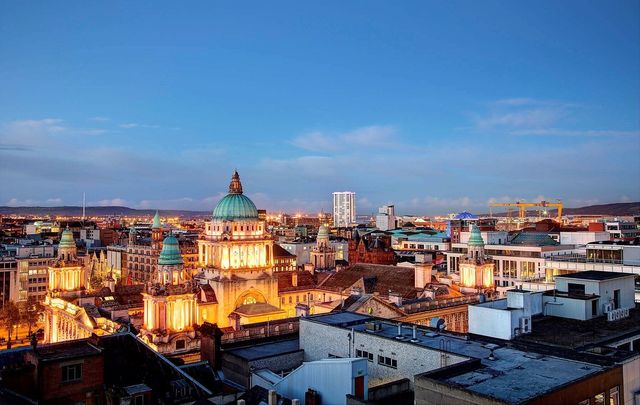 In the early years of Northern Ireland’s undeclared but no less deadly sectarian civil war, I worried about being blown to bits by an exploding car or truck bomb or being kidnapped, tortured, and murdered because of the Catholic religion I no longer practised.

A much lesser worry was my accent which embarrassed me to no end as I listened to subtitled TV interviews with spokespersons from the warring parties. Back then, if you’d explained to me that the Latin accentus means a “song added to speech,” I’d have laughed and replied: “Not in this place, it doesn’t.”

If I imagined I’d escape my accent – or any of my issues, or even Northern Ireland - by immigrating, I was wrong. I landed in Ontario, in a small WASP town with no ethnic communities, no black residents, and where French, Canada’s other official language, wasn’t very welcome. The town’s only two Francophones - colleagues of mine - explained how they were told “it’d be better” if they didn’t speak to each other in French at work. I wondered what “it’d be better” meant, exactly - it sounded a bit too Belfast for my liking.

In the small town, my accent was an excuse for perfect strangers to ask “Where are you from?” When I replied “Ireland” my interlocutor would inexplicably break into a string of Bejabbers, Begorrahs, and Top o’ the Mornins’ uttered in a stage Irish accent that – I’d learn - they’d picked up from the Irish Rovers TV show.

Wanting to set them straight, I’d explain that no one in Ireland speaks this way, or ever had, and of course, townspeople didn’t appreciate my correcting them. After all, they simply were being friendly, weren’t they? And since when did immigrants think that they could correct Canadians?

After two isolating years, I returned to Belfast for Christmas, and every day as I left the house, mum would warn me to be careful because she said my accent had changed and she worried I might be mistaken for an off-duty British soldier, taken and murdered by an IRA death squad. Wouldn’t that be the height of irony, for me, a Catholic, to be murdered by some of my own because my accent had changed? I took mum's advice – always a good idea - kept my guard up and my vacation passed without incident.

At the end of my third year, I was about to go home when a job came up in Montreal and I took it. Soon after I started my new job, an Italian colleague picked up on my accent, asked me where I was from and when I told him, he smiled, and said: “I thought so.” Then he explained that he and his wife had just returned from Belfast where he had a one-year contract.

“You know,” he said, “each time Belfast is on the news my wife breaks into tears.” I held my breath; had something bad happened to her? Thankfully not. He continued, “She loved the place and the people so much, she’s homesick for it.” I breathed out and smiled. “Glad to hear that.”

Not long after, in my high-rise, a neighbour asked, “Where you from?” and when I told him, he recounted how, as a Belgian soldier with the UN expeditionary force en route to Korea, he was billeted close to Derry.

“After all these years I still can’t forget the purity of the colours,” he said. Later, I discovered he was a painter so he had an eye for beauty. These and other conversations confirmed I still had an accent and that Northern Ireland wasn’t such a bad place, after all.

Belfast people don’t settle in Montreal: the winter, the French language law, multiple barriers to employment, no direct flights back home – these are just some of the reasons why.  Therefore in my forty years here, I’ve never heard my native accent on a bus, in the metro, or in a cafe. Did I miss the accent? I thought not, but still, when Van Morrison’s 'Gloria' or 'Brown Eyed Girl' played on the radio, the lyrics, music, and Mr. Morrison’s accent took me back to fond memories of my mid teens before the bombs started to go off.  Perhaps I missed my native accent more than I knew?

I’d been in Canada for about ten years when Northern Ireland themed movies started to show up in cinemas: Cal (1984), Hidden Agenda (1990), The Crying Game (1992) were some of the first. Although Schindler’s List (1993) wasn’t set in Northern Ireland, its leading man, Mr. Liam Neeson was from there and I’m sure that with every movie he made, every interview he gave, and every party he went to the Northern Ireland accent became better known. Is it a coincidence that Hollywood began rolling out movies set in Northern Ireland: In The Name of The Father (1994), Some Mother’s Son (1996), The Boxer (1997), The Devils Own (1997), and others?

Living in French changed my accent so much that when I go back home, people don’t recognise it. Once, in a Belfast café, when the waitress asked me where I was from, I smiled and said “from here” but then I explained the French connection and how it made my accent hard to recognise. She said it was the same for her: after nine years in Belfast, with a live-in local partner and his son, her Lithuanian accent had more or less disappeared.

She told me about their trip to Disneyworld in pure Belfast English: “And I had, like, and it was like, brilliant, you know and like everybody was lovely and all…” I listened, enchanted to her Norn Iron accent: what I once I’d thought of as an ugly duckling had become a swan.

Now, after all these years, I’m no longer embarrassed by my accent, I’m proud of it, it’s part of my identity, my memories, and emotions. When Montreal friends say they’re interested in visiting Northern Ireland, I send them the link to the British Museum’s “Accents and dialects of Northern Ireland”; they come back charmed with English spoken the Northern Ireland way.

“It’s no surprise” I say, the Latin “accentus, means a ‘song added to speech’ and the Norn Iron accent is no exception. There's a song in there, in my native accent."