Irish man Patrick McKenna reflects on getting through even the toughest winters while living away from home. 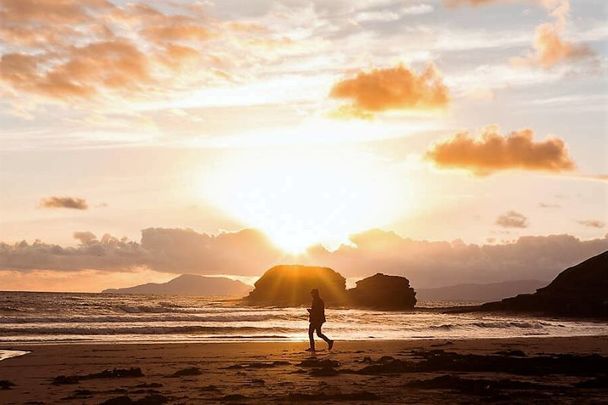 I emigrated alone and settled in rural Ontario in a small WASP town where I knew no one and where there was no Irish or any other ethnic community and, after three isolating years, I moved to Montreal which was love at first sight but, of course, it wasn’t home.

For me, only back home could be home, just as only mum could be mum, and where else was there to be at Christmas but back home? This had been my logic for my first four Christmases, but this year, I decided, would be different. In fact, it seemed that Christmases at home had simply come between me and the hard realities of my immigration project. I needed to ask myself "Just why was I here?"

As if it wasn't hard enough keeping my head above water in my new job, making a new life whose rules were still pretty opaque, acclimating to the worlds second coldest winters and much else, by now I knew that no matter how proficient I became at French, as an Anglo in Francophone Quebec, I’d be as much a minority as I was as a Catholic back in Protestant Belfast. Going back home for Christmas would simply put a band-aid over these issues which is why I decided to spend my holidays in Montreal and come summer when I’d have completed two years – the minimum needed to show a stable career path - in my new job I’d go home and start over.

On Christmas day, as usual, the stores, cafes, cinemas and everything else were closed. At that time, HBO hadn’t been invented, there were no video recorders or DVDs, no internet, no SMS, Skype, nor FaceTime. I had no close friends I could visit and I wasn’t going to drown my emotions in a bottle so, to break the isolation I went to mass at 11 am, made lunch, and then I dressed warmly and walked from my high rise to the summit of Mont-Royal and back again.

In my apartment, at about 4 pm, I made a tea and wandered over to my west-facing window and stood there cradling my mug in my hands watching as the last crimson sliver disappeared behind Mont-Royal. The show over, I turned away from the window, walked to the kitchen to make a start on dinner but instead of reaching for the potato peeler, I picked up a pen, had a quick look at my watch and, on the kitchen calendar I wrote the time of sunset in the little square assigned to the day of December 25. I didn’t know why I did this and I didn’t think much of it.

The following day, and for the remainder of my vacation, I continued to mark the times of sunsets on my kitchen calendar, again without really knowing why. It did occur to me that this new habit of mine seemed rather sad, the sort of thing castaways, or lifers do – marking the passage of time with lines scratched on a tree trunk or the wall of a cell, in the hope of better days.

However, my little procedure had an unexpected upside. By mid-January, the times I’d scribbled on my kitchen calendar told me that the sun truly was on its way back. Tracking the incremental increases in daylight on my wall calendar was like watching the days lengthen before my very eyes. “Where there’s light, there’s hope,” I thought.

That Christmas, it occurred to me that sometimes when things are at their darkest, they are about to get brighter -- a little bit of wisdom, I thought, was the best Christmas present I’ve ever received. The sun did return, I made it through the winter, and that spring I met someone special, a neighbor from my high rise; we hit it off and my French took off. From that moment on, Montreal was on its way from being just a place to a place I could call home.

Twenty-five years later, a few days before Christmas, I was telling an office colleague this story of mine and she broke into tears. “I’m sorry”, I said, “I didn’t mean to make you sad.” She replied, “No, I’m not sad. I’m happy. Your story might help my son.” Then she explained how, the previous Christmas, her son’s best friend had hung himself. Her seventeen-year-old son found the body and ever since, he'd struggled and, as the first anniversary of his friend’s suicide approached, she worried for him.

She said she wanted him to know there was hope; I told her I believed there always is although often it’s where and when you least expect it.