Irish Women in Harmony recorded the most-downloaded Irish track of 2020 with their cover of "Dreams" by the Cranberries. 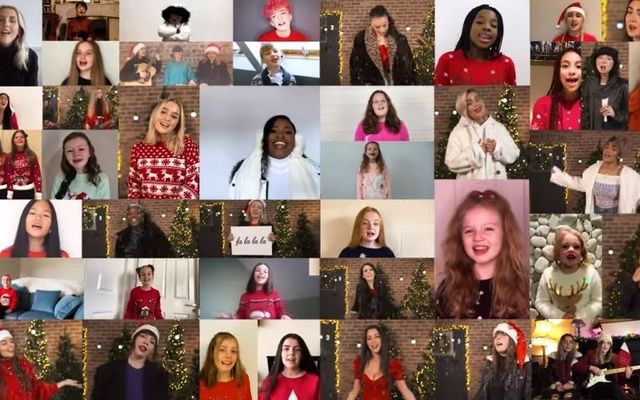 Irish Women in Harmony are back with a charity Christmas single to raise funds for the Irish Society for the Prevention of Cruelty to Children (ISPCC) Childline.

The supergroup, which consists of 30 of Ireland's finest female musicians, has released "Together at Christmas", a beautiful song that makes use of popular Christmas lyrics from other festive favorites.

The charity single features the vocals of a number of prominent Irish female artists, including Una Healy, Aine Cahill, Wyvern Lingo, Laoise, and Erica Cody among many others.

Written by Irish artist RuthAnne, "Together at Christmas" also features a choir of 18 girls and aims to mirror the success of Irish Women in Harmony's first project back in July when the group released a cover of The Cranberries' Dreams for domestic abuse victims.

The song became the most downloaded track by any Irish artist this year and raised hundreds of thousands of euros for domestic abuse charity Safe Ireland.

The group was originally founded to highlight the talent of women in the Irish industry while raising awareness for important social issues and their Christmas single has been released to raise funds for Childline, which offers support to children and young people.

The charity reported a surge in children reaching out for help during the lockdown and relies on public generosity for 90% of its funding.

Songwriter RuthAnne told Hot Press that she hoped the single could bring joy to people this Christmas while helping children in need.

"Hearing all the amazing Irish female talent come together again has been the best Christmas gift! We’re also thrilled to work in support of Childline, which is a charity very close to all of our hearts," she said.