Kenny should offer President Trump a 'deal' on immigration

Enda Kenny is the head of the Irish government. He serves the Irish people and no one else, and he shouldn't be afraid to remind people of that. 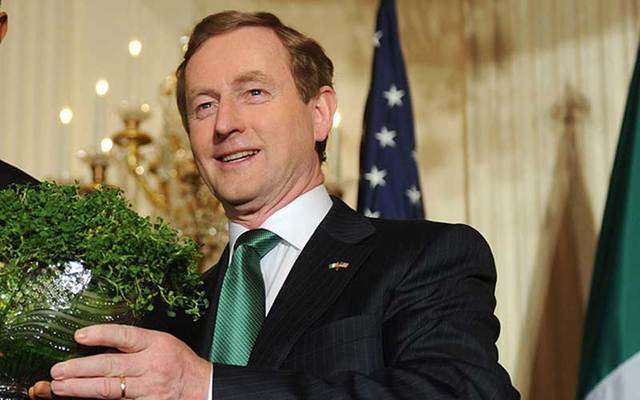 Enda Kenny is the head of the Irish government. He serves the Irish people and no one else, and he shouldn't be afraid to remind people of that. White House

Enda Kenny is the head of the Irish government. He serves the Irish people and no one else. He needs to remember that this week and he shouldn't be afraid to say it aloud to remind people, people like Mayor Marty Walsh of Boston, of that truth.

On Monday night Walsh essentially warned Kenny off seeking an immigration deal that would serve to legalize those Irish currently living undocumented/illegally/whathaveyou in America. Walsh said he is a proud Irish American, but he wouldn't support any change in American immigration policy that would “just benefit one country.”

Fair enough. Walsh is the Mayor of Boston. He serves the people of Boston a large percentage of which are immigrants, many undocumented. He has to take all of those people into consideration when he considers what's best for his city (and his political ambitions).

Kenny, however, has different priorities. Before he left for America over the weekend, Kenny said that the “plight” of the tens of thousands of illegal Irish was an “absolute priority” for him this week when he meets with President Trump.

And they should be a priority. There is no reason for Kenny to concern himself with the millions of non-Irish immigrants in America. He is not the president of the world. He is Ireland's Prime Minister. He should not, indeed cannot, allow the thoughts of other nations' people interfere with his fulfilling his constitutional requirement to serve the people of Ireland, wherever they may be.

I suspect that if Kenny meets Trump with a straightforward proposal there is a good chance that he will get a favorable reception from the president. First, Trump will have a lot more respect for Kenny if shows up to do the bidding of the Irish people and not the bidding of anyone else – in America or out.

During the campaign Trump emphasized his lack of interest in large, multinational deals. He prefers one-to-one negotiations and arrangements. And “deal” is the key word.

Comprehensive immigration reform is dead. If it couldn't get done in 2009 when President Obama had a Democrat majority in both houses of Congress it sure as heck isn't going to get done now or any time soon.

Also, do you believe Mexico would spurn a one-to-one deal if one was possible? They certainly would not and neither should Ireland. Besides, Australia, Chile and Mexico – yes, Mexico – have made their own separate deals with America in recent years. The Irish would be foolish to spurn one now.

Kenny needs to offer Trump a DEAL. Kenny cannot go into his meeting with Trump with a either begging bowl approach – 'these people are working here,' 'they are languishing,' etc. – or belligerently – he can't poke Trump in the chest (figuratively) and demand that he make the Irish legally forthwith.

What Kenny can do is give Trump a brief history of the Irish in America, Trump will know the story already, and quickly move on to highlight how Ted Kennedy admitted that the 1965 Immigration Act, which Kennedy championed, had been too harsh on the Irish.

Then Kenny can – and should – propose that a reciprocal visa arrangement between the United States and Ireland. First there are Americans living illegally in Ireland, not many, but I've encountered a few. Next, Kenny could lessen the burden on Americans seeking long-term, working visas in Ireland.

Then there are the many Americans living in Ireland, legally, who are forced to endure a not insignificant disruption to their lives to renew their Irish immigration bureau card. Kenny should include some means of reducing or eliminating this burden on Americans who live in Ireland.

If Kenny really makes the status of the undocumented Irish a “priority” he can get this done with Trump.

Kenny is coming to the end of his term as Taoiseach (Prime Minister). He can go out playing to the gallery and delight people like Marty Walsh by making demands of the president that have no hope of bearing fruit. OR Kenny can do something that will irk many, but actually good for Irish people, the only people who needs to concern himself with, and strike a deal for those the hard-working undocumented Irish citizens who have made their lives in America.

It's time to make a deal.