The taoiseach said he would "renew the strong case on behalf of the hard-working, tax-paying Irish people in the United States who for too long now have been living in the shadows." 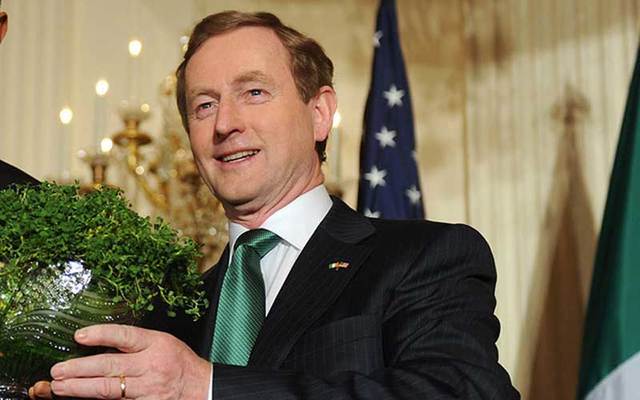 Irish Taoiseach Enda Kenny has said he will address the issue of undocumented Irish living in the U.S. when he meets with President Trump on Thursday. Rollingnews.ie

Irish leader Enda Kenny has said he will seek the legalization of undocumented Irish living in the United States when he meets with U.S. President Donald Trump later this week.

Speaking at a private dinner hosted by the Friendly Sons of St Patrick just outside of Philadelphia on Saturday evening, the Taoiseach said he would “renew the strong case on behalf of the hard-working, tax-paying Irish people in the United States who for too long now have been living in the shadows, and want nothing more than to continue making their contribution to this great country.”

Kenny arrived in Philadelphia on Saturday afternoon to kick-off a week long tour of the United States.

In his speech, he conceded that immigration reform was a “politically sensitive issue” but said that a U.S. immigration system that addressed the needs of the undocumented would be a “huge benefit” to America.

Speaking to the members of the 246 year-old Irish association, Kenny referenced the centuries-old ties between the two countries, recalling the words of John F Kennedy who spoke of the “emerald thread” that runs between Philadelphia and Ireland when the former president addressed the association 60 years ago, the Irish Times reports.

The Taoiseach also applauded the Friendly Sons of St Patrick's decision to admit women to the club last year, in particular the society’s move to appoint Ireland’s ambassador to the United States Anne Anderson as the organization's first female member.

“I am very grateful that you did so - her record of service to Ireland is stellar and in honoring our Ambassador you honored the leadership of all women,” he said.

Kenny also touched on Ireland’s current economic and political challenges, and highlighted the strong economic links between Ireland and the United States. He noted that American companies employ up to 150,000 people in more than 700 operations in Ireland, and also emphasized the role Irish companies play in the U.S. economy, with nearly 100,000 Americans employed by 700 Irish companies across the country’s 50 states.

The Irish leader will meet with President Trump for the first time on Thursday at a series of events in Washington, D.C. marking St Patrick’s Day. The meeting will take place the same day that Trump’s controversial revised executive order on immigration takes effect, banning immigration from six Muslim-majority countries.