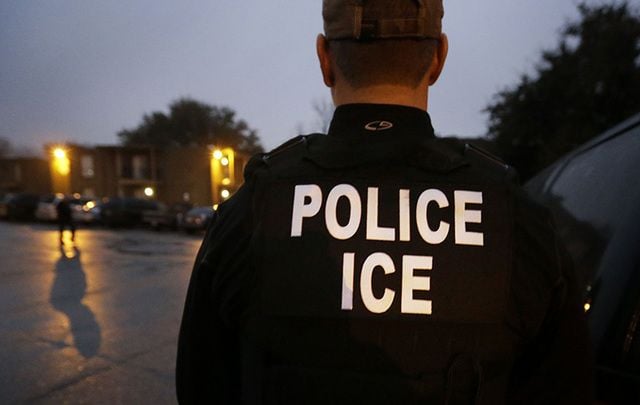 The Trump administration’s revised travel ban - now aimed at six majority Muslim countries after Iraq was struck off the list - will come into effect on the day that Taoiseach Enda Kenny is due to turn up at the White House and present President Trump with the traditional bowl of shamrock.

Suffice it to say, if the press is in the room for the handover there will be precious few questions about the meaning behind the three-leafed plant.

The new order places a 90-day ban on people entering the U.S. from six nations. It also includes a 120 day ban on all refugees.

The new order, unlike its predecessor, does allow green card holders from the named countries to enter the U.S.

Also, refugees who have previously obtained clearance from the State Department will not be affected, and the previous indefinite ban of refugees has not been reapplied.

But even though the new executive order is a toned down version of its predecessor, it is certain reignite controversy and opposition in the United States, around the world, and in Ireland.

When the first version of the travel ban was signed by the president at the end of January it caused uproar in Ireland.

Critics called for an end to the U.S. pre-clearance operations at Dublin and Shannon airports and also urged Taoiseach Kenny not to attend the White House for St. Patrick’s Day celebrations.

Irish Foreign Affairs Minister, Charlie Flanagan, said in a statement at the time: “While U.S. immigration policy is a matter for the U.S. authorities, it is clear that the most recent decisions could have far-reaching implications - both on humanitarian grounds and on relations between the U.S. and the global Muslim community.

“Accordingly, I share the concerns of other EU partners regarding this most recent development.

“Many people are feeling great concern about these changes including some Irish citizens in the United States.

“Our Embassy in Washington and Consulates remain in active and ongoing contact with Irish immigration centres throughout the U.S. I am conscious that matters are still evolving and that the US courts are now involved. We will continue to monitor developments in this area very closely.

“Ireland has a vibrant multinational community which contribute a great deal to our country.  Under our Refugee Protection Programme Ireland is welcoming 80 asylum seekers every month from migration camps in Greece, as well as refugees from the Lebanon.”