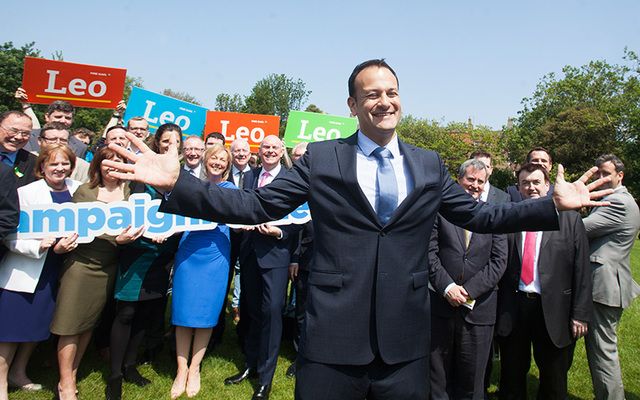 While international news headlines applauded the appointment of Leo Varadkar as new Irish Taoiseach (Prime Minister), the progressive left in the country grumbled and sighed that the gay politician and son of an Indian immigrant was being announced internationally as the sign of the changing times in Ireland.

The historic occasion of Ireland’s first LGBTQ Taoiseach was soured somewhat by the view that the new leader of the center-right, Christian Democratic Fine Gael was too conservative and too right-wing. More bluntly phrased, their main claim was that the private school-attending, Trinity graduate ignores poor people.

For the left in Ireland, it has not taken long for new leader Varadkar to damage the last of his international image as the shining beacon of modern-day Ireland in his appointments of Ministers and Ministers of State since officially becoming Taoiseach last week.

REVEALED: The best way for women to participate in Leo Varadkar's cabinet! pic.twitter.com/VzERLlKJ3z

Varadkar’s claim that being at 10 Downing Street reminded him of hit Christmas movie “Love Actually” earlier this week may be very telling of his attitude toward women in politics. Does he truly see his female colleagues as equals in ruling the country or are they, like in the movie, something that is only placed there to play side-role for the men getting the work done?

Taoiseach Leo Varadkar compares walking into Downing Street for the first time with a scene from Love Actually. pic.twitter.com/twANjsbBTm

While the female Ministers and Ministers of State come close to the overall percentage of female representation in the Dáil, it falls almost a whole ten percent short of the 30 percent critical mass imposed by a gender quota during Irish general elections.

In an attempt to quell the never-ending boys’ clubs taking residence in Leinster House election after election, a quota was introduced and first adopted in the election of 2016 which saw parties forced to run at least 30% female candidates for their contested constituencies. The quota was enforced to promote the idea of a woman running for election as a societal norm in Ireland, not as a rarity, and percentage of female representation in government has risen around five percent since 2012. (Although some have questioned whether gender quota played any role at all in this increase.)

So in the last week @campaignforleo demoted just three people. Two of them were women.

Just in the past few weeks we have learned of a young pregnant Irish girl - a child - essentially imprisoned in a mental unit for seeking an abortion, while the UN has once again ruled our abortion laws are an exploitation of human rights.

While abortion is a universal issue for men and women and one that we all have a part to say in, the fact remains that it is the women who would be imprisoned if she were to procure one in Ireland, making it much more of a threat to the freedom of an Irish woman than that of an Irish man.

Adding to centuries of systematic shaming of pregnant Irish women through the Magdalene Laundries and the Mother and Baby Homes, it’s an issue that Varadkar had little to say on in his campaign for Fine Gael leader. He has since confirmed, however, that a referendum on the issue will take place next year, an announcement almost lost between the hustle and bustle of his cabinet appointments.

With Minister for Health Simon Harris now tasked with taking forward legislation on the referendum, it remains to be seen whether Varadkar has fallen too far behind to win any support from the left or whether his early fumbles could be dismissed as a man still catching up with the idea of an Ireland many want her to be.