Taoiseach Leo Varadkar just made his first official trip to the residence of the British Prime Minister and found similarities with that infamous dancing scene with Hugh Grant. . 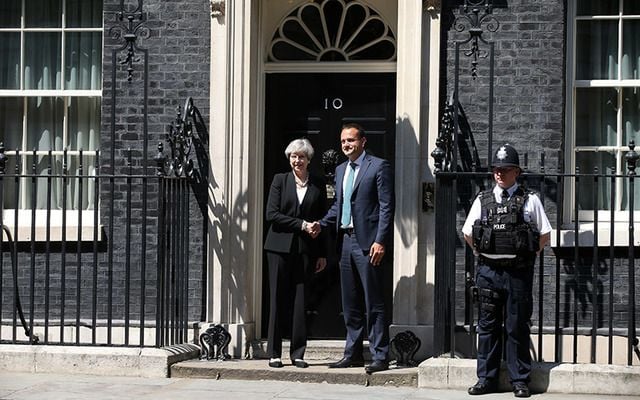 Ireland’s new Taoiseach (Prime Minister), Leo Varadkar, joked on his first trip to 10 Downing Street in London that the experience reminded him of the iconic Christmas movie “Love Actually”.

Admitting during the visit that he felt a “thrill” when he arrived at the iconic residence of the British Prime Minister, he added, “I was reminded of that famous scene in ‘Love Actually’ where Hugh Grant does his dance down the stairs but apparently, it wasn’t filmed here so I didn’t get a chance to see the stairs.”

Joking aside, the new Taoiseach said he and Prime Minister Theresa May talked over his concerns about a deal between May’s Conservative Party and Northern Ireland’s Democratic Unionist Party.

He also expressed his condolences on behalf of the Irish people for the recent tragedies in Manchester and London.

"I was reminded of that famous scene in Love Actually where Hugh Grant does his dance down the stairs"- Irish PM's thrill of being at No. 10 pic.twitter.com/TLThYRiKht

“London is a very important city for Irish people,” he told journalists in Downing Street. “I think pretty much everyone in Ireland has someone who lives here, who’s a relative or a close friend. And when there is an attack on London we feel in Ireland that it’s almost an attack on us as well.”

Also on the agenda was Brexit, power-sharing in Northern Ireland, trade, and the economy.