Leo Varadkar’s rise to leader is transformative for Ireland

The Fine Gaeler is not your ordinary Irish politician. At just 38 years of age he is ascending to the highest office in Ireland, a remarkable achievement in itself. 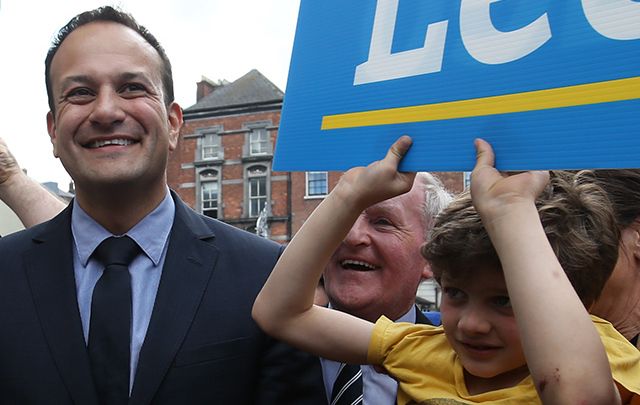 The imminent election of Leo Varadkar as taoiseach heralds a remarkable transition in Irish politics.

Varadkar is not your ordinary Irish politician. At just 38 years of age he is ascending to the highest office in Ireland, a remarkable achievement in itself.

If you throw in the fact that he’s the son of an Indian immigrant, and also a gay man, it is truly noteworthy.

Homosexuality was only decriminalized in the 1990s in Ireland, and you would have got very long odds on the likelihood of there ever being an openly gay taoiseach.

As it is, Varadkar will be only the second gay world leader, after the prime minister of Luxembourg.  The fact that he is of Indian origin and has made a dazzling leap to the top of Irish politics is truly extraordinary.

Varadkar can be classed with a new generation of leadership across the world as exhibited by Emmanuel Macron in France and Justin Trudeau in Canada, young and vital leaders ready to tackle the challenges of a very different age than what their predecessors dealt with.

Varadkar, of course, will be an unelected leader by the people.  He is unlikely to push for an early general election, at least until he has found his footing.

Recent opinion polls show that his Fine Gael party is rebounding in popularity, mainly due to the new face at the top and the departure of the Enda Kenny regime which had become old news for many voters.

Varadkar is also helped by indecision in the main opposition party, Fianna Fail, which may have missed its chance to bring down the government in an early election as their poll numbers continue to go south.

But most of all, Varadkar is helped by a growing Irish economy which has seen unemployment and emigration drop, and a return of home and rental property prices that make some experts fear a recurrence of the property boom and bust of the first decade of the new century.

There are many major problems which will confront Varadkar, including the plight of the homeless which has become a national scandal, the failure to deal with the refugee problem, the presence of radical Islam supporters in Ireland as proven by one of the recent London terrorists, corruption in the gardai, and the continuing stalemate in Northern Ireland.

Varadkar, however, will bring a new energy and enthusiasm to the position of taoiseach, and while critics believe he is more right wing than left, once in leadership politicians often change their tunes.

Above all, he is a shining example of the new pluralist Ireland, the first son of an emigrant to take office, a medial doctor by training who has already accomplished a tremendous amount in his young life.

Varadkar is in the big league now, and there have been relatively few successful Irish leaders in the last few decades. He is familiar with the U.S., having interned in Washington, D.C. and making frequent visits during his time as minister for tourism.  Thus he should be well aware of issues of concern to Irish Americans.

We wish Varadkar all the best. It is a daunting task, but he is young and skilled with a very bright future ahead of him if he succeeds.