Lookout Mike Pence! The new Irish leader is set to be a gay man

Leo Varadkar could be the next leader of Fine Gael and the new Taoiseach of Ireland. 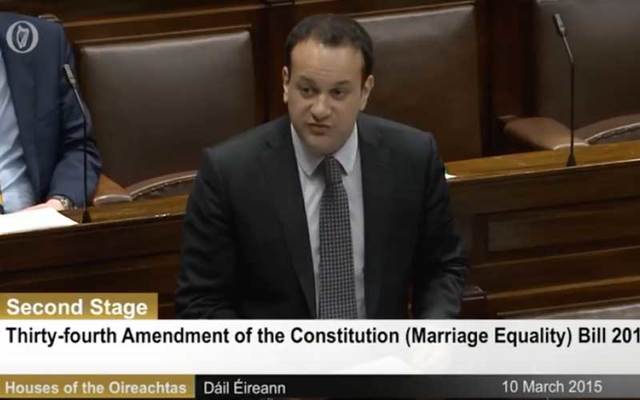 A gay politician Leo Varadkar, 38, is 1-14 favorite with bookmakers to be next leader of Fine Gael, Ireland’s largest party, on June 2nd and almost certainly Ireland’s next leader.

That means that Simon Coveney, his opponent to replace Enda Kenny has only one chance in fourteen to win.

As The Irish Times headline blared this morning (Saturday May 20th) “Coveney Has a Mountain to Climb.”

As the Times noted:“At 38 Varadkar would be the youngest taoiseach in the history of the State...as the openly gay son of an immigrant, his election would represent a break with the past and probably make headlines around the world.”

This is not your grandfather’s Ireland any more folks.

According to Pink News,a leading LGBT publication, there is only one other openly gay leader currently in office in the world, Luxembourg’s PM Xavier Bettel. Varadkar, a doctor and of half Indian ethnicity through his father, would be the second

His parents, Ashtok Varadkar from Mumbai, also a doctor, and his mother Miriam, a nurse from Waterford, settled in Ireland in 1973 after meeting in London.

Can we skip to next St.Patrick’s Day at the White House and the Vice President’s residence where homophobic Mike Pence will host and greet Varadkar, if past customs are adhered to? 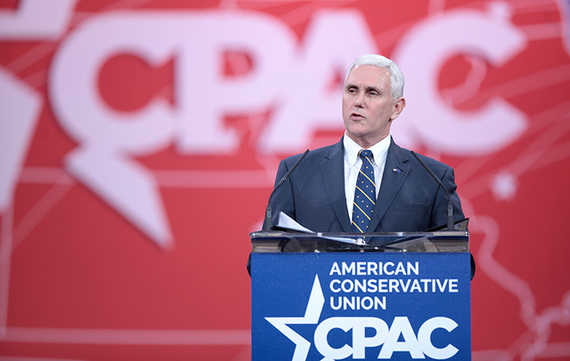 Varadkar's partner is a highly respected physician, Matt Barrett, who will likely accompany him to Washington.

The usual routine is that the Vice President hosts the Irish leader and spouse to breakfast on St Patrick’s morning and spends a large portion of the day with him. The interplay will be intriguing to say the least.

This is the same Pence who has stated "societal collapse was always brought about following an advent of the deterioration of marriage and family." Pence also called being gay a choice and said keeping gays from marrying was not discrimination, but an enforcement of "God's idea."

Varadkar was outspoken during the gay marriage referendum on the need to recognize LGBT unions. He stated: “This Bill allows allow gay men and women, for the first time, to be equal citizens in their own country.

“No exceptions; no caveats; no conditions; just equal. This is not an act of generosity to a minority, rather it is an act of leadership by the majority.”

What will Pence's response be if the Varakar election becomes a reality?

Varadkar has not minced words about the Trump administration and Pence.

Speaking about Vice President Mike Pence, he said: ““I don’t agree in any way with his comments in the past on conversion therapy or the views he’s expressed on equality issues in general.

Talk about a clash of civilizations!

Then there’s the pope’s visit in August 2018, Varadkar is less likely to be in office because there will be an intervening election by then most likely.

Yet it again sets up a fascinating interplay.