Historic homes of Irish artists, politicians, and publishing behemoths could be wiped out without landmark designation. 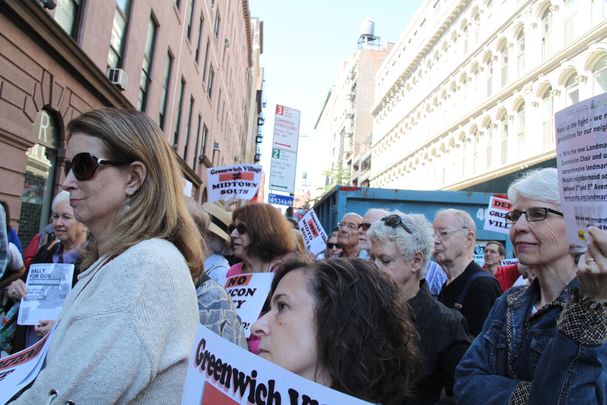 Demonstration to save the buildings South of Union Square at St. Denis, a hotel completed in 1853, by architect James Renwick, it stood at the corner of East 11th Street and Broadway VilliagePreservation.org

Both architecturally striking and historically rich, buildings associated with Irish figures such as William Harnett and All Smith, are being threatened by development in New York City.

Documented Irish history in New York City typically tells the story of the immigrant, the laborer, and the tenement dweller. However, the area south of Union Square highlights little-known aspects of Irish history in New York City that include an artist, a politician, a businessman, and an advocate for free speech. The area south of Union Square has been a touchstone for many civil rights and social justice campaigns, including labor reform, African American, LGBTQ+, and women's rights. The area has also been home to many generations of Irish immigrants and Irish Americans since the 1800s.

William Michael Harnett, a painter born in County Cork who was known for his use of trompe l’oeil (French for “fool the eye”), moved into the area in 1886. He lived and painted below Union Square, using natural light to create his shockingly realistic paintings. His painting “Still Life-Violin and Music” hangs in the Metropolitan Museum of Art.

Governor Al Smith, whose maternal grandparents came from Westmeath, was proud of his Irish heritage. Though he lost, in 1928 he was the first Catholic (and the first Irish) person to run for president on the ticket of a major political party in the United States. The country would not see a Catholic president until John F. Kennedy in 1960, and the second with Joe Biden in 2020, who also happens to be of Irish descent from Mayo and Louth. Smith moved to the area after his loss and shortly after became involved with the construction of the Empire State Building. He set the groundbreaking ceremony for the New York landmark and (at the time) the world’s tallest building as of March 17, 1930, in honor of St. Patrick’s Day, and the ceremonial completion of the building on May 1, 1931, in honor of Mayday. 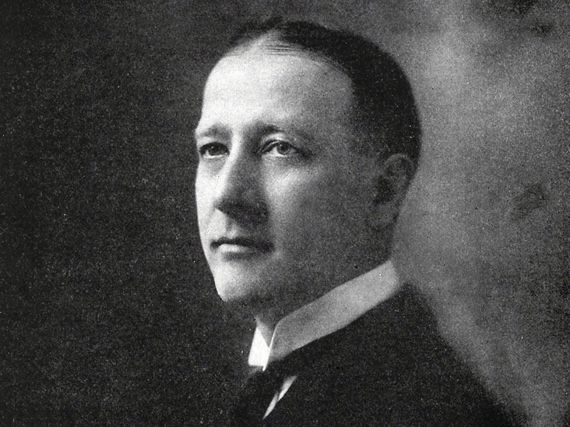 An Irish Northerner by the name of James McCreery, who was also known as “the grand old man of business” opened the flagship store of his department stores James McCreery Dry Goods & Co., across from Grace Church. McCreery was a smart businessman who situated his store in a beautiful cast-iron building amongst the affluent and housed the finest goods, at a price that most could afford. McCreery’s interests were not restricted to just commerce, as he was heavily involved in the arts as well as politics, and was said to be a familiar face in the halls of Washington, D.C.

Galway-born James Thomas Harris, later known as Frank Harris, headed the U.S. publication of the groundbreaking Pearson’s Magazine and bookstore from its home at 57 Fifth Avenue in the area south of Union Square. Harris ran away from home at 13 to come to America, supporting himself as a boot pack and construction worker on the Brooklyn Bridge. During his time as editor of Pearson’s, Harris became naturalized as a United States citizen, steering the magazine away from its British roots towards American writers, and pushing the envelope of left-wing politics while (mostly) avoiding government censors during World War I. He also wrote and published his autobiography My Life and Loves which was banned due to its provocative nature. Harris wrote many books in addition to his scandalous autobiography, including two books about Shakespeare, as well as biographies of his friends, the Irish playwrights George Bernard Shaw and Oscar Wilde.

An Irish American who made waves in the realm of publishing was Barney Rosset. Rosset’s mother was Irish, he said that his mother and grandparents spoke as Gaelige in the house and filled him with a burning Irish pride. Rosset became the publisher of Grove Press, where he published controversial books (including a new edition of My Life and Loves by Frank Harris in 1963) and films leading to censorship and banning from the US government and European governments. Under Rosset’s control, Grove Press produced incredibly important pieces of 20th-century literature while working aggressively and effectively to transform American culture in relation to issues of censorship, sexuality, race, and class.

These Irishmen are just some of the examples of the incredible Irish history that unfolded in this unique and transformative area south of Union Square. Their homes and places of work, both architecturally striking and historically rich, still stand as preserved by chance. However, their fate is being threatened by development in the city which is why Village Preservation is seeking landmark designation for the area south of Union Square. You can read more about this on their website www.villagepreservation.org.